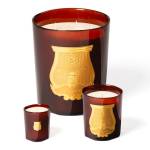 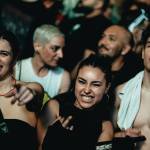 An astounding 27 artists performed across four stages for the second ADE edition of Secret Project Festival. An impressive selection of techno legends as well as frontrunners of the new generation of underground electronic music were part of the line-up for this year’s event. Key acts included HAAi, Joyhauser, Marco Carola, Michael Bibi, Patrick Topping, Sherelle and Sven Väth.

Secret Project Festival ADE took over the Hembrugterrein, an old industrial site offering the ideal backdrop to the event’s thumping beats. A surprisingly sunny and warm October day made for a perfect festival day. From the massive outdoor The Project stage to smaller areas The Workshop and The Secret (hosted by Skream) the grounds held a subtle variety of unique electronic sounds.

Secret Project Festival, born out of the underground scene of Los Angeles, has long prided itself in featuring renowned art installations across their festivals. For this year’s ADE edition the event showcased one of UK art studio Loop’s installations called The Pulse, which was previously installed at Burning Man. Also renowned graffiti artists Wolfdog and the collective of Lastpak made real-time art during the festival. Art has played an instrumental role in the success of Secret Project Festival worldwide and the curation of the pieces is central to each event.