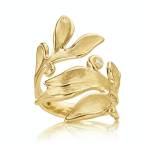 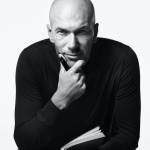 Collaborating with Gavin James is a dream coming true for Sam Feldt. “I’ve been a big fan of his voice since the first time I heard Gavin sing which was in 2016. The remix Kygo made of his song Tired is one of my all-time favorites, so I’m very excited that we have a song together’. The DJ also hopes the song will bring light into darker times. ‘We wrote Better during the COVID lockdown. The world looked a lot more grim back then but now it’s being released in a time where things are looking a lot brighter again. So I hope this song becomes an anthem that will give you hope, energy and strength when you need it.”

Gavin James about the single: “I’m proud that Sam and I can finally release Better. We’ve had this song ready since the lockdown but this seemed like the perfect time to release it. The song is about taking care of a friend when they felt lost and couldn’t find a way out or a purpose. So this song is for anyone who feels that way right now and I hope it brings hope and a positive vibe to everybody who hears it.”

Sam Feldt has emerged as one of our country’s most sought-after electronic artist in the recent years. The DJ/producer/entrepreneur/sustainability pioneer, who is known for his feel-good sound, has many successful releases to his name. In particular, his remake of Show me Love by Robin S and his collaboration with Lucas & Steve on Summer On You (ft. Wulf) did well in the charts and the clubs. Besides working with international artists like Post Malone, Kesha and Rita Ora he also launched his own label in 2020, Heartfeldt Records.

Irish singer-songwriter Gavin James released his first EP Say Hello in 2012. Soon after that he scored his first worldwide hit with a cover of The Book Of Love by The Magnetic Fields in 2015. That same year he released his debut album Bitter Pill. Since then the singer has released three more albums, the latest of which, The Sweetest Part, was released last July.