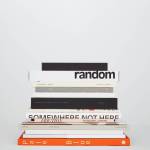 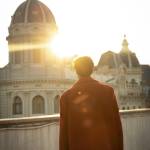 On the occasion of Paris Photo, Anthony Vaccarello invites the artist Renato D’Agostin in collaboration with Galerie Bigaignon to exhibit a selection of photographs.

The series is a composite of 34 images taken during a road trip in the United States that the artist made in 2015 from East to West, ending in Los Angeles on a vintage BMW R100 motorbike. Turning his hotel rooms into dark rooms, developing his films along the way, this is an initiatory journey where the man becomes the artist resulting in a series of luminous and contrasting images, full of grace, light and subtlety. Three triptychs form the core of the exhibition as well as a series of diptychs. All the works will be available for sale.

Renato D’Agostin’s work has been shown in several exhibitions in Europe, the United States and Asia, and most of his series have been published in monographs.

His works are now part of several prestigious public collections such as the Library of Congress and the Phillips Collection in Washington DC, the International Center of Photography in New York and LACMA in Los Angeles, the Center for Creative Photography in Arizona and the Maison Européenne de la Photographie in Paris.

An exclusive book “Renato D’Agostin” SLRD edition will also be available in SLRD stores and on YSL.COM