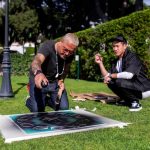 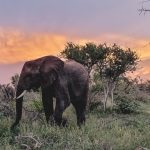 She’s a young woman of her time. A unique, assertive, astounding actress. A rising star of cinema, whose beauty is far from classic. In short, she is the embodiment of the new generation of Givenchy women… On the occasion of a striking digital campaign, Sadie Sink celebrates the House’s boldest lipstick: Le Rouge Deep Velvet.

She began her career on Broadway as the title role in the revival of Annie in 2013. She then went on to appear opposite Helen Mirren in the Tony-nominated The Audience, directed by Stephen Daldry in 2017. Sadie joined the cast of the critically acclaimed Net ix hit series Stranger Things, where she stars as “Max,” a girl who moves to Hawkins with a complicated history and a suspicious streak, alongside the Emmy-nominated cast. She was also seen in the Lionsgate lm The Glass Castle, based on the Jeannette Walls bestselling novel. Sadie portrayed a young Lori alongside Naomi Watts and Woody Harrelson. She was most recently seen in the lm Eli, a horror lm from Net ix, and next be seen in Net ix’s Fear Street 2, as well as in the fourth, eagerly awaited, season of Stranger Things.

Le Rouge Deep Velvet, a concentrate of edgy style, provides intense, amazingly matte colour from the very rst stroke. Its rich, velvety texture glides on lips, covering them in a powdery veil without adding texture. Comfortable and long-lasting, it delivers a 6 hour-long deep moisturising effect and an intense makeup result lasting up to 12 hours.

Sophisticated makeup, for special occasions and memorable nights out. The look’s star? Le Rouge Deep Velvet No.37 Rouge Grainé, a rich and passionate red, which is the most iconic shade in the range. To enhance the colour of her lips, Sadie Sink’s complexion has been perfected, sculpted by creating points of light on the prominent parts of her face. And the Hollywood facet has been emphasized with some eyeliner at the base of her upper eyelashes, highlighted by a touch of black mascara.

A nude, transparent uni ed complexion, a mascara-free look, hair let down… Le Rouge Deep Velvet adds a twist to a completely natural look. Especially since because Sadie Sink’s lips are made up with one of the most impactful shades of the colour chart: shade No.36 L’Interdit, a particularly edgy deep red.

“I can be calm. I can be funny. And I can also be serious… Le Rouge Deep Velvet gives me boldness and con dence. It boosts my personality.” Sadie Sink

In conversation with Florian Picasso