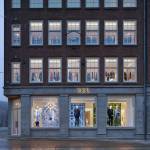 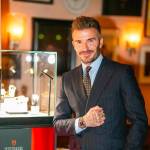 With the acceleration of the need for sustainable practices implemented within everyday life, comes a responsibility to continually innovate and bring about change. As a pioneer in electric mobility, Audi has been invariably setting the bar higher and this time is no exception. With the latest sustainable project in partnership with Sabine Marcelis, Audi in the Netherlands is aiming to combine the worlds of electric charging and spatial city design.

Sabine Marcelis is a Rotterdam-based designer who has received acclaim nationally and internationally with Studio Sabine Marcelis. After graduating from Eindhoven Design Academy and founding her studio, Sabine has taken on various projects driven by the idea of modernization of products, installation, and spatial design. Representative features of Marcelis’ work are comprised of experiments with materials as well as making extensive use of glass. Motivated by the increasing demand for charging stations and inspired by Amsterdam’s heritage, Sabine, with the help of Audi in the Netherlands, will be designing a cutting-edge charging station that will not only be charging vehicles but will be returning energy to the city all while preserving its character. By 2030, it is approximated that Amsterdam will need 82,000 charging stations. In order for the city to retain its character and allure, and for the streetscape not to be dominated by banal electric stations that have no aesthetic value, a solution needs to be introduced. This is where Audi and Sabine see an opportunity to make a difference.

The partnership between Audi and Sabine Marcelis is a match made in heaven. United by the shared design philosophy and an innate desire to innovate, Audi and Sabine Marcelis set out on a journey. The design, made of glass, is inspired by the city’s history and reflects various Amsterdam elements. Utilizing a one-of-a-kind 3D printing technique, the charging pole will be incorporating design elements intuitively inspired by sand and glass; sand as the foundation on which the city is built, and glass as the metaphor for the sky. The reflection in the glass will symbolize the Amsterdam canals, building upon the already eye-catching architecture of the city. Furthermore, the charging stations will be equipped with solar panels, not only adding to the exterior visual discernibility of the design but extending the functionality aspect as well, making it available for charging yet another mode of transportation: electric bicycles. The pole will be bringing together the characteristics of the city, technological innovation, and sustainability.

The Amsterdam charging station was unveiled on the 14th of November during ‘Design for an electric city’ organized by Audi. Within the scope of this event, Audi brought together various experts to discuss what the design for the “city of the future” might look like. Sabine Marcelis presented the structure and scheme for the charging station and shared her views on the role of design within the context of energy transition.

IN CONVERSATION WITH DAVID BECKHAM AT TUDOR IN AMSTERDAM