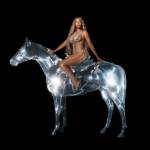 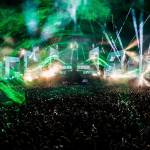 Robbie Williams releases his new single Lost today. The song comes from his album XXV, to be released on September 9, with which the singer celebrates his 25th anniversary. XXV not only contains Robbie’s greatest hits, but was also recorded with the Dutch Metropole Orchestra.

Lost was produced by Guy Chambers and Richard Flack. The singer himself says about the song: “‘Lost’ is about the times in my life when I’ve abandoned myself to reckless behavior.” The song is one of the few new songs on XXV, which is also the number one hit and fan favorite of the singer – re-arranged by Jules Buckley, Guy Chambers and Steve Sidwell. All songs were re-recorded in the Netherlands with the Metropole Orchestra. In addition to Lost, Disco Symphony, More Than This and The World And Her Mother are also new.

Listen to Lost and watch a video with the Metropole Orchestra down here.

XXV is a new milestone in the career of the British singer. Robbie has six albums to his name from the Top 100 best-selling records in the UK. In addition, he has sold more than 80 million albums worldwide, has 14 UK number one hits to his name and won the record number of 14 BRIT Awards.