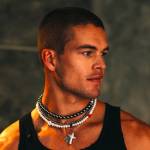 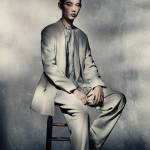 Entitled “Rihanna Is Back”, the clip features Riri looking luminous, graceful and beautiful as she poses on a lit catwalk. She is introduced by comments deploring her absence and lack of musical production over the past six years. This teaser certainly marks a sensational return for Rihanna.

Since her announcement as the headliner for this year’s Super Bowl Halftime Show, Rihanna has released two songs – “Lift Me Up” and “Born Again” – both in the Black Panther: Wakanda Forever soundtrack.

With the Halftime Show just a few short weeks away fans can get “Rih”-acquainted with all things Rihanna on Apple Music HERE and with the new Apple Music Sing fans can now sing their favorite Rihanna songs with adjustable vocals and real-time lyrics with multiple lyric views to help fans take the lead, perform duets, sing backup, and more.

The multi-year partnership between The NFL and Apple Musicbrings together the Super Bowl Halftime Show, the most-watched musical performance of the year, with Apple Music, which celebrates musicians, songwriters, producers and fans, and offers the world’s best music listening experience with a catalog of over 100 million songs, and immersive sound powered by Spatial Audio. Apple revolutionized the music experience with iPod and iTunes, and continues the award-winning tradition with Apple Music.

IN CONVERSATION WITH MITCHELL SLAGGERT