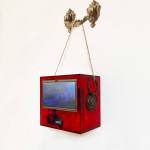 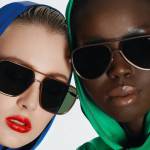 Boiler Room Festival’s debut edition in Amsterdam exceeded our expectations – from the 24th to 26th of November it provided us sets and performances by promising underground talents, established artists and diverse collectives from the local and international music industry. The flagship festival, which previously had editions in London, New York and Barcelona, presented a different sound each of the days on its seven stages – true to Boiler Room’s identity of representing various genres, subgenres and scenes. This diverse offering of sound and culture was wrapped up in an intimate and raw weekend full of immaculate vibes, with Numéro Netherlands present for two days.

The first day of Boiler Room Festival was destined for success right from the beginning. As promised, the festival opened with a day dedicated to exploring Rap and all of its subgenres. Spread across three different stages we saw performances of industry stars in the likes of BAO G, Dreya Mac, GuiltyBeatz, Sainté, and Tommy Gold, to name a few. The guests danced under the neon lights and often in front of the cameras, trying to get in shot of the live broadcasts for the world to see, in a true Boiler Room fashion.
A crowd of Rap and UK bass enthusiasts was seen enjoying thrilling appearances of a diverse cast of artists presented by the festival. Rap Fantasy stage showcased by Martell seemed to always have a cheering audience, excited for acts like rising UK star Sainté, amongst others. A selection of tastemakers within the rap and hip-hop scene also included Jeshi, Juls, JAEL, BNXN, BXKS, and Taylah Elaine. American rapper Goldlink’s surprise appearance was a cherry on top to an already star-studded Boiler Room evening.

Next to its inspiring daytime talks and professional masterclasses, day 3 of the festival also scored with the most energizing sounds and performances by underground and cutting-edge electronic DJs and collectives. While all the stages offered artists with a different sound from the electronic music genre, we gravitated towards one stage in particular. Local queer party collective SPIELRAUM attracted its inclusive and diverse audience and created an exceptional atmosphere. Especially the pounding grooves by Afra, RÆZA and KI/KI made us dance wildly without a break until the early morning hours and immerse ourselves into the wild sounds matched with captivating visuals.

Boiler Room Festival’s first Amsterdam edition provided us a truly unforgettable experience with uplifting energies, enthusiastic crowds and, of course, highest quality sounds – we can not wait for its next edition! Meanwhile, dive into the inspiring conversations we had with some of the artists who performed at the festival–Sainté and Afra–and get ready for upcoming Boiler Room events!

INSTANT INFINITY: AN EXHIBITION ABOUT CO-EXISTING WITH THE CURRENT STATE OF THE INTERNET