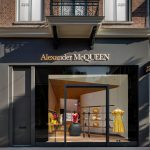 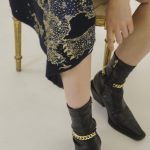 Techno mainstays Reinier Zonneveld and HI-LO, aka Oliver Heldens, continue their hugely successful studio partnership with ‘Flying Octopus.’ It is a fifth fantastic collaborative track between the two influential artists, and it drops on July 1st on Reinier’s revered Filth on Acid label.

The two accomplished Dutchmen have been continuing to release a superb run of hits together over the last two years. Previous collaborations ‘Saw Of Olympus,’ ‘Balearic Mornings,’ ‘Existencia’ and ‘String Theory’ have climbed charts, made their way into influential record bags, and blown up dance floors all over the world. Every track has brought a fresh take on techno and plenty of innovative new sounds from each artist, and this new one is no different.

‘Flying Octopus’ is an immediately arresting track with kick drums chiseled from rock. They lay down a solid groove while rubbery bass stabs and industrial percussion up the energy levels. The well-crafted synth work heightens the track as it flashes around the mix, with trance-like energy and plenty of futuristic intent. After an epic breakdown that will get hands in the air, the whole track drops once more and powers the crowd into the next dimension.

With his underground alias HI-LO, Oliver Heldens has recently remixed Drumcode label boss Adam Beyer’s ‘Restore My Soul’ into a mighty techno weapon. He has also been lighting up some of the world’s biggest festival stages, such as A Summer Story in Madrid in early June, and is set to play Family Piknik and both the Drumcode and the Filth On Acid stages at the one and only Tomorrowland. HI-LO will also pay a visit to his Spanish fans for club shows at Mondo in Madrid and Nitsa in Barcelona, and will be on the stage of Seismic Dance Event later this year.

Techno sensation Reinier Zonneveld, meanwhile, continues to bring ever more trance and acid influences to the scene with his label and famously high impact DJs sets. He recently played a much talked about back-to-back set with Armin van Buuren at Ultra Miami, which came hot on-the-heels of their hugely uplifting ‘We Can Dance Again’ collaboration on A State of Trance.

In amongst a busy summer of gigs all over the planet, on August 27th Reinier finally goes ahead with his own Live NOW festival after a two-year pandemic-related delay. He will play live for 11 immersive hours using all of his studio gear in front of his biggest ever crowds at Hembrugterrein near Amsterdam. It promises to be the most complete and uncompromising Reinier Zonneveld experience to date.

Oliver Heldens’ HI-LO alias is reserved for his deepest and darkest records. His 2020 tracks ‘Zeus’ & ‘Kronos’, landed in the top 10 of the most supported Techno tracks according to 1001tracklists’ data in 2020, which was a contributing factor to Oliver being awarded the coveted spot as the #1 most supported producer platform wide. His releases inspired by the Greek Gods, like ‘Poseidon’, ‘Athena’, ‘Hades’, ‘Check’ and more recently ‘Saw of Olympus’ and the ‘Balearic Mornings’ EP with Dutch techno giant Reinier Zonneveld on Filth on Acid, garnered millions of streams and support from all across the Techno scene and beyond, contributing to HI-LO’s #4 best selling Techno spot of the last year on Beatport. With no signs of slowing down in 2021, HI-LO’s delivered a massive remix for Nina Kraviz’ ‘Skyscrapers’ and his debut EP on Drumcode ‘Hypnos’ which includes the title track plus the dance floor stomper ‘Hera’ that seen further support from the likes of Adam Beyer himself, Pan-Pot, Dubfire, Joseph Capriati, ANNA, Joris Voorn, Nicole Moudaber, Sam Paganini and many more, proving HI-LO is here to stay as a Techno mainstay for the long haul!

Techno giant, Reinier Zonneveld is known for his unique live sets, highly respected for his marathon sets. His own imprint Filth On Acid is one of the best-selling and most supported labels in the electronic scene with releases of Carl Cox and many more, the label is claiming the number one spot on and off as the leading techno label on Beatport. After becoming a resident at the legendary Awakenings and Time Warp, he’s taking things a step further as he has launched his very own Festival. Live NOW Festival is nothing out of the ordinary; Zonneveld will be the only artist on the bill and will play for a mindblowing 11 hours straight. Stretching the limits of what’s possible is exactly what Reinier Zonneveld does best.