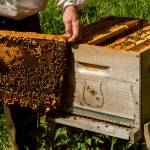 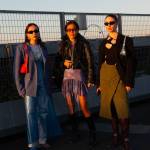 Between August 10 and 13 in the Portuguese coastal town Viana do Castelo located near Porto, Neopop celebrated its 15th anniversary, which also reached its largest attendance to date. We were present and all we can say is that it did not disappoint but provided us an amazing and intense experience of the highest quality techno and first-rate stages and production all placed at a breathtaking location next to the Atlantic ocean.
A charmingly beautiful festival, where you come across passionate dancers as well as lovers of electronic music and at which the friendly and courteous mentality of the Portuguese and international attendance is omnipresent. Not at least because of that but also due to the excellent organization of the festival, you feel safe and included on the intimate dancefloors. Neopop has been a passion project by the organizers of the festival for several years now – and you can feel that in every moment of your time there.

The line-up was filled with some of the biggest names of the global electronic and techno scene. We got blessed with electrifying sets by Peggy Gou, Nina Kraviz, Anastasia Kristensen, “the wizard” Jeff Mills and icon Ricardo Villalobos, to name a few. The set times reached the early morning hours when the hot Portuguese sun hit the dancefloors of the Neo Stage and Anti Stage. Being able to dance again together, celebrating love and unity is everything we have wished for for so long.

We cannot wait for the next edition, of which the dates have already been announced – see you from the 10th to 13th of August, 2023, Neopop Festival!