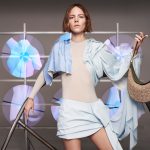 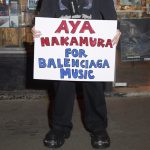 The Fashion Council Germany and the Berliner Salon organized the Opening Reception for the opening of Berlin Fashion Week.

Christiane Arp, the initiator of DER BERLINER SALON and chairwoman of the Fashion Council Germany, spoke with Tina Lutz, owner and designer of the Lutz Morris label, about “What would Karl do – How to be a designer now and then” at the Berlin Salon Panel Talk. After 30 minutes, the conversation switched to Anna Heinrichs, born in Ukraine and designer of Horror Vacui. Christiane Arp spoke to her about her label, the war in Ukraine, and how we can support those affected.

The latest addition to the LOEWE’S bag collection is “The Luna Bag.”