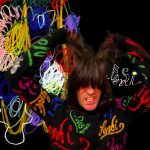 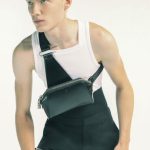 The Quest for Nature with Tudor

TUDOR joins Morgan Bourc’his in an ambitious new project, a documentary that takes him from the temperate waters of the Mediterranean to the icy fjords of Norway in search of whales.

In The Quest for Nature, a documentary lm initiated by underwater chief operator and director Jean-Charles Granjon, world freediving champion and friend of TUDOR, Morgan Bourc’his travels to northern Norway on a quest to reconnect with the wild. Like every hero on a quest, Morgan must leave the “ordinary world” behind before setting o on this adventure. His challenge is to locate, then swim with some of
the ocean’s most powerful wild creatures – and some of the best adapted to their environment – in dark, bitterly cold winter seas. On his quest for the perfect meeting with orcas and whales, he goes in search of those for whom these animals are part of their daily lives. Spildra, a mysterious island steeped in history and legend, lies at the heart of all his encounters. On Spildra, Morgan meets an authentic character who knows remote ords like the back of his hand; a “gatekeeper” who will introduce him to the people and animals that are vital to his mission. Audun Rikardsen, a former whaler, is one of them. Now a marine biologist, he has become an expert in his eld. He helps Morgan to understand the importance of fully accepting your cultural heritage in order to transform it and use it to the bene t of living creatures. He also understands the subtle ties that connect us to marine mammals, ones that could turn any of us into a participant either in their demise or in the regeneration of their population.

The history of TUDOR is scattered with adventurers who have gone beyond their own limitations and those of humanity: from the vision of Hans Wilsdorf, the brand’s founder and an innovator of early wristwatches, to the determination of the explorers of Greenland’s icy terrain in the 1950s and the bravery of professional divers who explore the ve oceans. Today, Morgan Bourc’his embodies this pioneering spirit and, The Quest for Nature, is helping to continue this tradition. A friend of TUDOR and an accomplished athlete with multiple world championship titles, here he reinvents himself as an observer of the natural world and documentary maker in one of the most hostile environments imaginable for a diver, in contact with some of the biggest creatures on the planet.