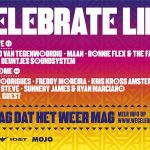 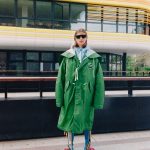 Culture Lifestyle Things to do Travel

The Baths of Ancient Rome were places of well-being, pleasure, aggregation, leisure and social life in which citizens spent their free time. A lifestyle that entrusted the recovery of physical well-being and the regeneration of the spirit to water and those magnificent places, summarized in the motto salus per aquam, whose acronym SPA still indicates the places of well-being. QC Terme continues the philosophy of the SPA of Imperial Rome with its own Wellness Centers, able to offer unique and timeless emotions, moments of escape and absolute relaxation to be experienced alone or in company. QC Terme, a dream of Andrea and Saverio Quadrio Curzio born in 1982 and which today brings together nine beautiful wellness centers that make up the MOST important and innovative group in the Italian tourism-spa sector. QC Terme creates total wellness experiences for those who want to improve their quality of life. It does so through the design, construction and management of spas and wellness centers in which the philosophy of ancient Rome relives. The QC Terme centers are in Bormio (Bagni Nuovi and Bagni Vecchi), Pré Saint Didier, Milan, Turin, Rome, San Pellegrino, in the Dolomites, in Chamonix Mont Blanc and, soon, in new prestigious locations in Italy and around the world. In all QC Terme realities, the elegance of the architecture is harmoniously combined with the most modern technologies, to offer multisensory paths where you can indulge in pleasant moments of total relaxation. To extend the wellness experience and transform it into a stay, the group also manages prestigious hotels and resorts in Bormio, at the foot of Mont Blanc, in Rome and a design hotel in San Pellegrino Terme.

Wellness, nature, history from the 1st century BC Two spas, a 5-star hotel, a 4-star hotel and a historic villa, located within walking distance of each other within the monumental park of Bagni di Bormio, give emotions with a retro flavor. An Alpine SPA characterized by the uniqueness of being able to benefit from a naturally hot thermal water (37-43 ° C) known and appreciated for over 2,000 years that flows from different sources in the Stelvio National Park and which still allows you to use baths today secular Romans. The charm of Bagni di Bormio is enhanced by Forest therapy, the "green bath" in the mountain forests that regenerates body and spirit. Do not miss a bath in the natural sweat cave that leads to one of the thermal water springs. The location of the Bagni di Bormio is Alta Valtellina, the only resort in the Alps with an offer of skiing and thermal water 12 months a year for a splendid holiday in the mountains. The view is enchanting and becomes an indelible memory. The territory, partly included in the Stelvio National Park, includes the Municipalities of Bormio, Livigno, Valdidentro, Valfurva, Valdisotto, Sondalo and is very rich in tourist-sporting opportunities both in winter and in summer. Bormio is a multi-sport mountain tourist resort, where you can ski all year round, in an area with 115 kilometers of slopes in winter and on the Stelvio glacier in summer and autumn. Both hotels are also bike hotels to support bikers who wish to tackle the epic ascents of the Stelvio, Gavia and Mortirolo. The dedicated staff will be able to advise guests on the MOST beautiful paths and itineraries and on tours and visits to the historic center, wineries and surrounding courtyards. The peaks of the mountains surrounding the "Magnifica Terra" offer mountaineering lovers numerous destinations of different difficulties: from the SIMPLE climbs (such as Monte Scale and Vallecetta) to those of medium difficulty (Sobretta, Cevedale, Tresero ) up to the most demanding (such as Gran Zebrù and Ortles). Rock and ice routes, for every season of the year.

For all foodies, a holiday in Valtellina is characterized by good taste: excellent Valtellina wines accompany traditional cuisine with local ingredients such as bresaola, liqueurs and Casera, Bitto and Scimudin cheeses, with which to prepare tasty snacks or tasty pizzoccheri .

A dip in history: from the Roman Baths to the centuries-old caves that lead to one of the millenary springs, up to the panoramic outdoor swimming pool overlooking the Bormio basin. A real fortress of well-being that offers timeless emotions through an immersion in history to discover a well-being that has no age. Six sectors with different thermal paths including a panoramic outdoor swimming pool and Roman baths known since the first century BC: a relaxing, regenerating, detoxifying, invigorating and rebirth experience, in an exciting, evocative setting. Magical places, unique in the world: the Roman Baths known since the 1st century BC, the Baths of the Archduchess so called in honor of the Archduchess of Austria who used to spend summer periods at the Bagni Vecchi in Bormio, the Sweat Cave of San Martino which leads to one of the springs in the heart of the mountain, the Medieval Baths, the Imperial Baths and the panoramic pool that sweeps over the Magnifica Terra, now an infinity pool.

The Bagni Nuovi thermal center, annexed to the Grand Hotel Bagni Nuovi in ​​Bormio, is divided into four sectors with different thermal paths. A unique reality made of aromas, lights, images and colors. A wellness program that has been profoundly renovated in recent months: starting with the refurbishment of the changing rooms, made more spacious and functional, and the massage area, many innovations have been made, all aimed at making the sensory journey even more exciting for the guests who can today immerse yourself in a world deliberately dedicated to the epic, getting lost in the games of mirrors and perfumes of the Narcissus living room, abandoning yourself to the enchantment of the Garden of Daphne and infinite relaxation in the Cave of the Nymphs, to discover a tradition of well-being that finds the pinnacle of beauty with the new infinity pool that opens onto the spa park allowing the view to sweep over the surrounding landscape.

Four sectors each for a different thermal path: we start with the Giardini di Venere with their regenerating path, we continue in the Neptune's Grotto which offers a detoxifying path, the Bagni di Giove then offer an aquatonic – revitalizing path and finally the Bagni Ercole a relaxing journey. Not to be missed are the Saturn Baths: two large rectangular pools communicating with each other with underwater music therapy and water at different temperatures with a semi-circular pool below, fed by high-intensity waterfalls. The set of basins, with the small adjacent house, made up the "Bath of the sheep" used, following a SERVITURE dating back to the 12th century, to wash the fleece of the sheep in hot thermal water before shearing. The "baitel" served as a heated changing room for the shepherd who then entered the tanks to wash the animals; the adjacent waterfalls completed the rinse. La Baita di Lucina is, on the other hand, a panoramic bio sauna, with music therapy, for a regenerating action on the skin and complete psycho-physical relaxation. Inside, the sauna is covered with an early nineteenth century "wood paneling" in pine, a typical work of the Valtellina master carpenters, and re-proposes the environment and atmosphere of the huts of what period. Note the chandelier, an authentic luster, where you hook the keys of the house and which, according to popular tradition, protected the hut from evil spirits.

Finally, for all those who wish it, the opportunity to taste the wellness lunch, now no longer a buffet but served at the tables, in the fascinating historic Salone dei Balli, one of the most fascinating and elegant rooms in the entire Alps, which has therefore become an integral part of the thermal path.

Heineken®, ID&T and MOJO are organizing the first large-scale party in Ziggo Dome and AFAS Live