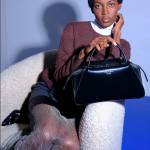 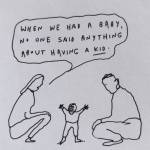 For 25 years, dance in all its manifestations has been celebrated during the Nederlandse Dansdagen, with Maastricht as the beating heart of the dance Valhalla. Starting with a single evening in 1997, this anniversary edition (from September 30 to October 6, 2022) promises to be extra special. With more than 100 inspiring performances and activities at 12 unique locations throughout the city, online and on TV. From classical ballet to urban, with renowned companies and newcomers: Dutch dance is more diverse and compelling than ever.

Dance party all over the city
Especially for the anniversary edition, a Dance Tent will be erected on the Vrijthof for the first time in the weekend from September 30 to October 2. This chic art deco tent is the stage for anyone who wants to dance themselves, participate in a tango and salsa workshop or be blown away by spectacular dance battles by Amenti Theater Company and Open Your Mind X The Notorious IBE. For everyone who likes to go wild until the early hours, Club Tweak opens its doors in the Danstent and in the basement of Theater aan het Vrijthof.
In addition, choreographer Jelena Kostić is creating a completely new theatrical dance walk in Maastricht for the 25th anniversary. In Blind Spot she shows the raw industrial heritage of the city from a new perspective.
Not finished dancing yet? Then go to the Vrijthof on Sunday afternoon, where choreographer Andreas Hannes calls on everyone to dance through a hopping manifestation.

Established and New Creators
More than ever, you can also be surprised by the new generation of choreographers and dancers who will help shape our dance landscape in the coming years. The new generation includes Dalton Jansen, Astrid Boons and Joop Oonk with new work in their own way. Jordi Dik performs the intimate duet You and me and everyone else in collaboration with the inclusive travel company Compagnie 21.
The 10th edition of the renowned talent development trajectory of top choreographer Conny Janssen shows work by Zino Schat (Korzo), Dovydas Strimaitis (Dansateliers) and Remy Tilburg (Conny Janssen Danst). To celebrate the anniversary, the performance DANSLOKAAL 10 will premiere during the Dansdagen.
Established makers are represented during Masterpieces, where the top companies Het Nationale Ballet, Nederlands Dans Theater and Introdans pay tribute to the ‘Masters of Dutch dance’. Krisztina de Châtel’s iconic 1985 ballet Föld will be shown one last time during the festival. Due to great success during the presale, an extra performance has been added.

Teamwork of Jan Kooijman and Redo
This year, Jan Kooijman and Redouan Ait Chitt aka Redo are involved in the festival in various ways. On Sunday 9 October, the program ’25 jaar Nederlandse Dansdagen’ will be broadcast on NPO 2, including highlights from this edition, in which both men will talk to special people from the dance world. In order to provide insight into the rich online and offline dance offerings, the audience in Op Pad with Redo is taken online every day along the various components and the festival feeling in the city.
The online program will be announced on September 5. Free registration for the online program is now possible at www.nederlandsedansdagen.nl.

On Friday, September 30, the most important dance prizes in our country will be awarded during the Nederlandse Dansdagen Gala in Theater aan ‘t Vrijthof. The new Innovation Prize Nederlandse Dansdagen Maastricht gives the genre a boost by supporting emerging talent. The prestigious VSCD Zwanen celebrates top achievements in Dutch dance. The nominees will be announced on Monday 29 August.

A Perfect Day, Tekenshow is back!