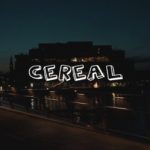 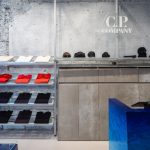 The Spring/Summer 2021 Prada womenswear show is, by its nature, a dialogue – the debut collection by co-creative directors Miuccia Prada and Raf Simons, a creative conversation in progress. An initial proposal, the first example of myriad possibilities, it propounds Prada as part of a dialogue between the different viewpoints of two collaborators. A definition, and then a redefinition, of values and ideology, a fundamental examination of the meaning of Prada.

This season, in a period where the mediation between technology and humanity has become vital – bringing us together, even as we are apart – inspiration is drawn from this inherently contemporary and inevitable fusion. The process behind the collection was, inevitably, shaped by these necessary restrictions: fashion as both reflection of and reaction to the time in which it is invented. On a deeper level, technology’s indispensablepresence within not only life but daily action has led to a different dialogue between ourselves and information: today, technology is a part of humanity itself.

The collection explores the notion of uniform, touching on multiple different interpretations of that concept – a uniform of Prada, of a community, a visual representation of identity, of shared and embraced values, a way of thinking. Clothes are pared-back, refined, focussed, without superfluous decoration: shell tops, straight pants, overcoats in industrial re-nylon, constructed using couture techniques, suits executed in fleece.

Garments are drawn around the body, held by the hand. It is an innately human gesture that can be transformative, translated into the architecture of pieces, to cut and form language. Artworks created by Peter de Potter, a long-term collaborator of Raf Simons, explore ideas of thought and process – returning, again, to the relationship between information, technology and humankind, but also, wider, of thought itself as first an inner monologue, then an outer dialogue, another exchange of ideas. They are used to interrupt and disrupt the uniform surfaces of clothes – as graphic tools of contrast, sometimes laid over archival Prada print, emblematic of a meeting of worlds and aesthetic discourses.

A requisite component of uniform is simplicity: recognition, reducing clothing to an essence, to the essential. The wrap, a precise rectangle of fabric, is a logical outcome of thismode of exploration of reduction, a symbol representative of the collection’s overallconsiderations. Proposed in the different fabrications that comprise the collection – t-shirt jersey, fleece, re-nylon, embroidered duchesse satin, chiné taffeta – its intention can transform, speaking of protection or decoration, utility or adornment. Simple acts have deeper meaning: the translation of garments into different materials change our reading, transforming the pragmatic to the sophisticated, and vice-versa. The addition of pockets to pieces is a practical act – but in that practicality, it speaks of living and life, of the usefulness of clothes in a dialogue with the human body.

Duality and plurality has always been inherent in the language of Prada: juxtaposing different elements, approaches and disciplines to find a paradoxical harmony in dichotomy. The physical environment of this virtual fashion show – conceived by OMA/AMO – is a personal, intimate space, tactile. Technology appears as chandeliers of monitors and cameras – decoration and use combined – animated in a dynamic ballet with figures that pass through. The soundtrack, composed for the show by Plastikman, British-Canadian electronic musician Richie Hawtin, includes the names of every woman modelling in the show: an entirely new cast who have never walked a runway show previously. For all of them, this marks a debut.

Examining a dialogue between mankind and machine, the notion of instinct and logic emerges: diametric opposites, the two nevertheless form a foundational dialogue to creativity. Both are quintessentially Prada – a consideration of the world, and a natural reaction to that stimulus. Another paradoxical dialogue, reflecting reality.

C.P. Company has opened its new flagship store in Amsterdam