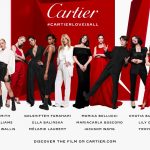 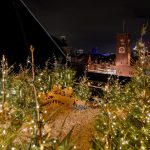 Engineered for high-performance sports, geared for metropolitan life – since 1997, Prada Linea Rossa has been inspired by and designed for champions. That encompasses the technicality of each garment, created to excel in all situations and under all conditions, but also the very ideology of Linea Rossa – of not just reaching your goals, but exceeding them.

To front the Linea Rossa Fall/Winter 2021 ski campaign, Prada turns to those who re ect this ongoing heritage of excellence – pioneers and champions, free-thinkers who push themselves beyond. For the second time, champion British-American freestyle skier, philanthropist and prominent LGBTQI+ gure Gus Kenworthy features in a Linea Rossa campaign. A gure of excellence across all elds, Kenworthy is as comfortable as an actor and rights activist as he is on the slopes – constantly striving to be the best.

For this ski campaign, Kenworthy is joined by another leading global gure in winter sports – the American snowboarder Julia Marino, gold-medal winner in the 2017 X Games.
The rst female boarder to win two medals at the same X Games in 17 years, Marino took 15 podium wins across the 2017-18 season. She has harnessed her renown and visibility to further causes close to her heart: on the women and youth empowerment front, she inspires young women to pursue their dreams, both on and off the slopes, opening up the traditionally male-dominated sport to a new generation of women. Both gures showcase the Fall/Winter 2021 Prada Linea Rossa ski collection – speci cally calibrated for winter conditions, streamlined for speed, geared for life.

Captured in still images and a lmic short directed by Matt Pain, Kenworthy and Marino engage in a erce battle across the slopes, a race between skier and snowboarder on their shared winter terrain. Their competition, however, harks back to the original root of that word – competere, ‘to strive for.’ Not a rivalry, but a sparring match, an urging of one another to push further and achieve. The ethos of champions, the attainment of excellence synonymous with Linea Rossa – a line to cross, to conqueror.

CARTIER LAUNCHES LOVE IS ALL FILM