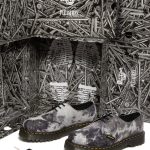 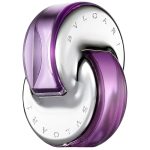 Studio HENK has opened a new flagship store in Amsterdam. The design brand’s third shop is located in a monumental building on the Rozengracht, which has been specially restored to its former glory by Studio HENK.

The new Studio HENK flagship store covers almost 1,000 m2 – spread over three floors – making it the Dutch design brand’s largest and most comprehensive shop. More than a shop, ‘The Home of Studio HENK’ is truly a home, inviting visitors to immerse themselves in the Studio HENK lifestyle.

The flagship store of Studio HENK on the Rozengracht in Amsterdam houses the brand’s entire collection of customisable design furniture. Just as in the shops in Amsterdam East and Antwerp, customers can visit the Rozengracht shop for free interior design advice, where they can put together their own high-quality furniture by choosing from a range of materials, sizes, and fabrics and colours.

The new shop is decorated using natural materials and neutral, earthy tones that create a warm and welcoming atmosphere. The flagship store houses the entire Studio HENK collection and is divided into different areas such as The Apartment, which perfectly shows that the designs are customisable and versatile and therefore also perfect for city living. Here you can experience all that is possible on 48m2. The Gallery features changing exhibitions by artists and other creatives; the first is an exhibition by artist Serge Game who is showing his sculptures in unusual colour schemes.

Restored to its former glory

The 18th-century storefront on Rozengracht, which was once a coffee syrup factory and Lucas Bols distillery, has been specially restored to its former glory by the team at Studio HENK. “Our goal was to emphasise the power of this monumental building – a hidden gem – and make it visible to visitors again,” says Xander Albers, creative director of Studio HENK. “We consciously worked with what was already there and did not add too much. The original architecture was the guiding principle for the overall design; for example, in the interior, we made a lot of use of natural, sustainable materials and neutral colours so that the original details – such as cast-iron elements and beam constructions – would stand out. This gives the whole a warm, atmospheric basis that goes well with our furniture.”

In the past nine years, Studio HENK has grown from a start-up to a design brand with a mission to create a zero-waste furniture industry. Sustainability is one of the most important core values of the company, which markets fully customisable, high-quality furniture. All Studio HENK furniture is designed by an in-house product design team and produced in Europe by selected suppliers.

All collections are developed with a view to a better world. For example, the design brand produces timeless furniture that, thanks to the use of materials of the highest quality, lasts a lifetime. Studio HENK also works with a made-to-order production; each item is made-on-demand so there is no overproduction. Moreover, the entire collection is produced in Europe, which limits the ecological footprint. In addition, Studio HENK recently submitted the B Corp Impact Assessment and is now focusing on implementing the corresponding guidelines in order to make a positive contribution to the preservation of our planet.

Expansion at home and abroad

Studio HENK has flagship stores in Amsterdam and Antwerp and more than 75 points of sale in the Benelux. The company plans to further expand within major cities in the Netherlands and Belgium in the coming year. In addition, Studio HENK has further growth plans and great ambitions for international expansion, in which an omnichannel approach is an important part of its (future) success.

Studio HENK was founded in 2013 by two brothers, Okke and Xander Albers, who were looking for honest, high-quality design furniture. When they couldn’t find what they were looking for, they took matters into their own hands and built a wooden table from recycled wood, originating from Amsterdam canal houses. The table was a hit right from the start, and soon the demand arose for more products. Eventually, this one dining table led to the founding of Studio HENK. It was not until 2017 that both brothers started to focus on their business full-time. In recent years, Studio HENK has grown rapidly in the Benelux. What started with a single dining table has now grown into a successful furniture brand with more than sixty employees, three shops and retailers at home and abroad.

Studio HENK is a Dutch design brand, which started as a family business in 2013. Meanwhile, the company has a ‘family’ of over sixty employees, but still represents the values that have been important from the beginning: quality and sustainability. Studio HENK believes that designing furniture is not just about making a beautiful piece of furniture, but about creating furniture that you can use every day. Therefore, all Studio HENK designs are not only beautiful but also functional. All furniture can be put together by the customer so that it is exactly what a customer needs for his or her daily life.