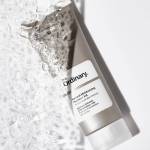 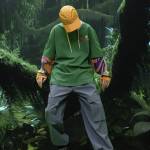 On November 4th, critically-acclaimed singer-songwriter and global pop icon P!NK releases her new single, “Never Gonna Not Dance Again,” out now via RCA Records. Produced by GRAMMY-winning hitmakers Max Martin and Shellback, who also co-wrote the song with P!NK, the vibrant pop single is a euphoric and joyful ode to dancing through the hard times.

Accompanying the song’s release is its playful music video, co-directed by P!NK and creative duo Nick Florez & RJ Durell. Set in a grocery store, the visual finds P!NK dancing and skating through the aisles, joined by a colorful cast of characters. The video made its broadcast premiere on MTV Live, MTVU, MTV Biggest Pop and on the Paramount Times Square billboards.

In anticipation of the release, P!NK announced the launch of Vicious Bitches Chips’es, a spicy AF alternative to the ‘basic bitch chips’ one might find in their local snack aisle. Fans can call 1-888-262-PINK for a chance to win a free sample, get tips from P!NK, and more.

Later this month, P!NK will perform “Never Gonna Not Dance Again” on the 2022 American Music Awards stage live in Los Angeles. The world premiere TV performance will take place from the Microsoft Theater at L.A. LIVE on Sunday, November 20 at 8PM EST/PST on ABC.

THE ORDINARY: FROM INDUSTRY DISRUPTOR TO THE LEADER IN SERUM TREATMENTS

PUMA AND P.A.M. PARTNER TO DESIGN AN OUTDOORS-INSPIRED COLLECTION AND EXPLORE CREATIVITY THROUGH A MULTI-DISCIPLINARY PROJECT