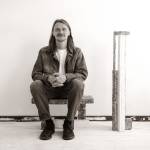 After kick-starting “The Wave” in 2021 – a symbolic exercise in riding and rising above society’s undertow – Nike and Patta have joined forces once again to present its latest expansion of the same theme with the Nike x Patta “The Next Wave” Air Max 1. The latest chapter follows the classic Air Max 1 silhouette and the now iconic wave pattern, along with Patta’s signature logo on the tongue and sock liner in two new colourways.

“The Next Wave” is inspired by the African proverb “Each One Teach One” and Patta’s unrelenting vision to create a connected, and prosperous Patta community around the world. In the spirit of the collection, Patta will host a 2-day mentorship exchange at Nike’s SHAPA Soweto community center in the south of Johannesburg. “SHAPA serves as a
safe space for the next generation of athletes and leaders. By bringing an exchange via the Patta Academy, we are thrilled to collaborate and connect with some of the brightest kids on the African continent through SHAPA,” says Gee Schmidt, co-founder of Patta.

For Patta, uplifting its community is central to the brand’s mission, and for the last few years, Patta has ignited and inspired change by building initiatives like the Patta Academy and the Patta Foundation. “For us, satisfaction comes from developing product as a means to connect with our community in a deeper way. Our business was built by a
collective, both physically and intellectually, and we drive success by celebrating the fabric of our community and collaborating with them at every launch,” says Schmidt. “The Next Wave” campaign has been distiled through the lens of US-based photographer Shaniqwa Jarvis who captured several creatives who have been empowered through generational exchanges of ideas, stories, and skills. They include New York-based grill maker, Eddie Plein and illustrator Aya Brown, South African DJ DBNGogo, as well South African entrepreneur, Wireless G.

Both “The Next Wave” campaign and Patta Academy mentorship will commence this August, and the Nike x Patta Air Max 1 “The Next Wave” collection will be available August 12th on nike.patta.nl, in Patta Stores and on SNKRS in Europe.