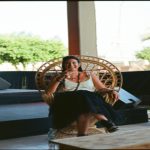 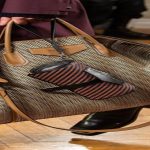 Park Centraal Amsterdam opens in the cultural heart of the city

Refined design with a touch of 1970s glamour, inspired by a revolutionary, rule- breaking decade in The Netherlands – a defining aspect of the hotel’s DNA, Ground floor designed by Amsterdam-based studio FG Stijl including Bar Claes, a new destination for eating and drinking, with an emphasis on reinvented classics; 189 guestrooms, eight meeting rooms and artwork from contemporary Dutch artist Kat Klerks. Boasting a significant historic legacy and housed in one of the most recognisable flatiron-style buildings in Amsterdam, Park Centraal Amsterdam, formerly known as Park Hotel Amsterdam, has been given a renewed lease of life through a significant rebrand that embodies its heritage and its enviable location, in the city’s cultural epicentre.

Within a short stroll, guests will find the Rijksmuseum, Amsterdam’s Vondelpark, the vibrant Leidseplein, De Pijp and music temple Paradiso, a church converted in the Seventies and where world-famous musicians are known to perform. Each of the 189 rooms combine comfort with Dutch influences and contemporary design beautifully. Deep colours, rich textures and artworks by local artist Kat Klerks combine to create sophisticated and cosy spaces in the heart of Amsterdam, with many more finess touches in each of the rooms.

Park Centraal Amsterdam’s ground-floor interiors designed by the locally-based studio FG Stijl feature a blend of classic and contemporary touches. On arrival, a striking three-dimensional ceiling sculpture guides guests to a chic 1970s-inspired reception desk where special lighting, patterned oak floors and arched mirrors combine to create a sense of drama. The hotel’s art collection includes 16 porcelain heart-shaped pieces by FOS Studio Collection, a nod to its position at the very core of all the action and culture in Amsterdam.

“Park Centraal is a true celebration of its surroundings; a place where history, contemporary design and invigorating spaces inspired by the Dutch way of living and nearby landmarks intertwine. The building has functioned as a hotel for over a century and we are incredibly proud to have played a role in its transition into a destination that’s current and exciting”, says Bram van der Hoek, CEO & Partner, Europe Hotels Private Collection.

Bar Claes, a new destination for eating and drinking

Occupying the hotel’s former lobby space, new hangout for eating and drinking, ‘Bar Claes’ has been designed with a sensitivity towards the hotel’s guests and in harmony with the local lifestyle, where balance prevails. The vibrant space features multiple corners to work or leisure. From a centrepiece marble bar to a tucked-away fireplace with sitting room-style furniture and a space to play pool, allowing groups, couples and solo travellers to each choose their desired environment. Park Centraal’s playful and rule-breaking character extends to the Bar Claes’ drinks menu, where all-time favourites (Dry Martini) are offered alongside twists on classics (Verjus Mojito). The theme continues throughout the food menu, with dishes ranging from ‘Holtkamp Cheese Croquettes’ to reimagined favourites, such as ‘Claes Deviled Eggs’ with trout roe and smoked fish salad and ‘China Town style prawn toast’ with ginger, chili and brioche.

Located steps away from Amsterdam’s quintessential Vondelpark and Museum Square, the building that houses Park Centraal Amsterdam, formerly known as Park Hotel Amsterdam, has hosted guests since the late 19th century. Contemporary with a historical edge, locals and visitors can enjoy the hotel’s 189 inviting guestrooms, each of which feature selected artworks by Dutch designer Kar Klerks, Zenology products, a Marshall and Park Centraal Bedding Collection; eight meeting & event spaces; Bar Claes; and the nearby critically acclaimed Asian-fusion restaurant, MOMO with a fresh menu. The reopening of Park Centraal Amsterdam marks a significant overhaul for the historic 189-room building, which has functioned as a hotel since 1880. For more information and bookings proceed on www.parkcentraal.com

Hotel has many great anemities and offer a vairiety of things to do both in the hotel and in the near area as it is truly based on the heart of the city, with museums only 5 minutes away by walking, to hot new restaurants as well as all the best shops just around the corner.

As the name suggests, Park Centraal focuses on central locations, imbued with contemporary design, heritage and locally-inspired spaces to eat and drink that breathe Dutch culture throughout. With an ethos inspired by the quality of life in The Netherlands, Park Centraal aims to reflect the country’s balanced and social lifestyle, where a healthy working atmosphere is carefully combined with pleasure, manifested through vibrant bars, music and quality food.

Following its inaugural opening in Amsterdam, Park Centraal will expand to The Hague in Spring 2020. Which is very exciting.