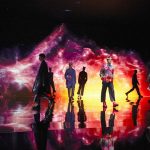 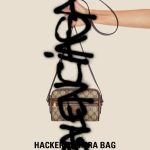 Since the early 50’s OMEGA’s Constellation has been a symbol of unrivalled precision and beauty in watchmaking.

Fast-forward 70 plus years and our iconic timepiece is still first choice for the world’s most discerning women, including award-winning actresses – and sought-after models.  Thei latest campaign for the Constellation features a star of the emerging generation, Kaia Gerber.

Shot in striking black and white, the new campaign captures the hard-working model and friend of OMEGA Kaia Gerber, reflecting on her personal style and wearing the most recent editions of OMEGA’s 5th generation makeover, first introduced in 1982.

Thanks to Kaia’s effortless sense of style, unique talent and grounded personality, our latest Constellation campaign has already taken the world’s most familiar timepiece into exciting new territory.