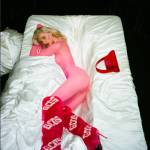 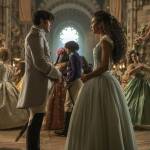 In this series, we discover the hidden gems and the very best that Amsterdam’s nightlife has to offer. With all the creative brainpower in this city, it is no wonder that there is a new event, venue, or DJ around every corner. Let Numéro guide you through the electronic maze.

We are kicking the series off with the new kid on the block: Club Roto. With only their second event in sight, Club Roto already managed to be the talk of the town. Numéro had the pleasure of speaking with the two founders: Jens Bartlema and Maxim van der Meer.

Club Roto
Club Roto started where a lot of ideas start: drunk in a club. The two students met at an established club on Rembrandtplein. They immediately bonded over the fact that they both want to set up their own house event. “The next day, I got a text from Maxim, asking if the plan is still on,” says Jens. “We were like fuck it, let’s do it.” Without knowing each other or having planned an event before, they got to work. Maxim: “We don’t have prior experience in hosting a party, but we do have a lot of experience going to parties. And because of that, we know exactly what we want.” Jens and Maxim both look at the point of view of people that go to parties. They implement what they would like to see and hear. Jens: “The most important thing in hosting an event: you should always want to go to your own event.” After the first meeting, they decided on the name Club Roto. “We wanted something Spanish and rebellious. And Roto means broken. Like rules are meant to be broken.” And in less than an hour, they had the blueprint for Club Roto on paper.

Trial and error
In just two months they planned their first party. Looking back there was a case of trial and error. “The first edition was missing a lot of things because we didn’t know much about hosting an event. We forgot certain things, and we went over budget,” says Jens. “Hosting the first party on a boat was a smart move. It’s easy because a lot gets taken care of, and it’s just a cool place to party,” adds Maxim. For the second edition, the boys are much more organized and know exactly what they need and how to get it. The first edition on the boat was sold out and was a great success. “We got a lot of positive feedback from the people that came, and it was just amazing to hear that so many people had a great time at our
event. And that made us start planning a new event almost right away.”

Finding their identity
Finding out your identity takes a lot of time, and it works the same with events. The two boys are finding out their own identity as much as Club Roto’s. They know it’s not something you come up with in one day, so they are just going with the flow. “Club Roto has just started and we are now starting to find out what works and what we like. We believe that in
the long run, we will become unique. And we look at our competitors to see what they aren’t doing. So eventually we will find our unique selling point.” With the positive feedbackfrom the first edition in the back of their minds, Jens and Maxim realized that they do have something unique already: the community they’re building. “We really try to build a community behind Club Roto. We already have a close group of promotors that are really invested in our ideas and want to help because they believe in it.” Maxim: “It would be amazing if people are coming to Club Roto to see each other and have a great time together instead of coming for a certain DJ. And we already see that happening.”

Club Roto x Amsterdam Centraal
On September 17th their next event will take place inside Amsterdam Central Station. It took over 50 calls and an endless search for the perfect location before they settled on this one. And with everything they learned from their first event, Club Roto is ready to party. “Because the location is huge, we needed to up our game promotion-wise. The artwork is really on point, and we made a promotion video that really blew up on Instagram.” The video that they made with the help of their friends reached over 6000 unique accounts, while only having 800 followers. The line-up is now filled with DJs that are quite popular in Amsterdam. Michel De Hey is the headliner of the event and is accompanied by Daan Steenman, Tensen, 555, and Eli Samuel.

THE ‘SCHOOL FOR GOOD AND EVIL’ TRAILER WILL ENCHANT YOU