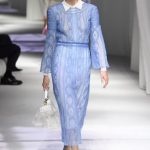 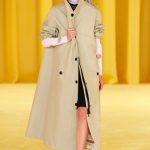 After a period without releasing music, Oceans burst back onto the scene recently with his new single ‘Cereal’. With previous singles ‘Deep Blue’ and ‘Cold Aint For Me’ proving huge successes, and the latter standing at over 26 million streams on Spotify alone, Oceans aims to pick up where he left off with this latest single. We’re excited to share with you the exclusive premiere of the music video below, which is set across stunning locations including Copenhagen and the Scottish Highland. The video ties ties together his love for music, travel and lifestyle, as he teams up with brands such as Rolls-Royce Motor Cars, Bodaskins, and MATE. Bike. for this impressive production. We grabbed a few words with him around his new single, the music video and future plans…

Thanks for taking the time to speak to us! How has this crazy year been for you first of all?

Hey! Thanks for having me and of course! Oh, goodness! It has truly been turbulent, unexpected and stressful. I was sure that 2020 was going to bring positive change and transition to my life and it did in every way but it’s just such a shame that I’ve been unable to travel as much as normal. We had so much planned! The disease is a real thing though, and I do hope it passes soon. During quarantine I actually wrote a lot of music, Cereal included. I also set up my record label “The Oceans Own” and set forth on my journey to share the next five songs with you!

We love your latest single ‘Cereal’, what was the inspiration behind it?

Thank you so much! Its also one of my personal favourites and it came about honestly from eating cereal and my genuine love for cereal! I was thinking to myself, how can I write a song about these sweet, colourful little munchies and then I pulled the guitar out! I ended up basing the story on what it feels like to break up and how that affected my living habits. We’ve all been there so I got myself in that direction of writing and once I was clear on my story, it just came super naturally. I love a sad song that makes you feel happy, but this song came almost too quickly for me to even write lyrics. I made it right there in the living room with just the MacBook, a microphone and some candles. I get inspired easily and from the weirdest and simplest things!

The music video is amazing, good work on that. We’re told you directed and produced this video yourself, that is impressive, have you always taken control of your creative output and image?

Thanks again, I really appreciate that! It’s a special feeling to be in the drivers seat with everything I do around my project and I wouldn’t have it any other way, but if I’m honest, right now I’ve got no other choice. I left my previous record label because I felt they weren’t really about building my brand with me. Since the first record, Cold Ain’t For Me, I always had a clear visual in my mind for Oceans and I’ll always have that travel, lifestyle vibe about my videos. I’m also really blessed to have the partners I do involved in this project like Rolls-Royce Motor Cars, Bodaskins and MATE. Bike. I’m happy they believe in my vision and I would like to continue making visuals that explore my concepts! It’s a good bit of fun too!

What story did you want to convey through the music video? It seems fun but was there a message you wanted to run through it?

For me, the story of Cereals video is that when something is not right, you have a good amount of time to digest that and understand that you were in the wrong position. Watching the TV, eating cereal (or another snack of preference) and being a lazy boy for a minute helped not only myself, but a lot of guys get through their breakups.

The dream sequence and having this adventure with the girl from the TV show is kind of a glimpse at a possible future or a desire that we all have inside somewhere. Companionship and a travel buddy to go around with and share experiences is what all of us lonely people want when we don’t have a significant other. Bumping into the same girl I was dreaming about in real life is also a simple twist I wanted to have to the ending, and that to the viewers hopefully suggests that we must get out and get over issues of our past to move forward. Also, you NEVER know when you could meet the one!

‘Cereal’ is the first track you’ve released in a while, do you have any new releases or other projects in the pipeline?

Absolutely! The next song, “Unhappy Birthday” drops on the 2ndOctober and I’m really excited to share that with the world. Following shortly after, there are another 4 confirmed singles and videos that ultimately sum up the new direction I’m going toward artistically. I’m aiming to be playing my songs live next year if/when this craziness passes and I’m also promising new visual material and plenty of summer, travel, lifestyle vibes in the upcoming music.