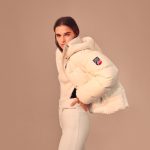 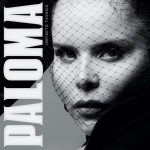 Art Events Music On the Playlist Things to do

For the 25th edition of the Amsterdam Dance Event (21-25 Oct), Nxt Museum in North Amsterdam presents a programme of virtual audiovisual performances from Nxt Stage, supporting the music industry during the pandemic. Nxt Stage is a platform for innovative performances and audiovisual art, offering an unrivalled 370 square metres of full floor-to-ceiling projection space to showcase creativity at the intersection of digital art and electronic music.

Nxt Museum’s ADE programme kicks off with a performance by artist and coder Yuxi Cao and sound artist Lau Hiu Kong (Lawrence), whose work features in the current exhibition ‘Shifting Proximities’, followed by a programme of audio-visual performances co-organised with Amsterdam-based collective, Minimal. The three performances will be streamed online via ADE, Minimal and Nxt Museum’s channels.

At a time when events and travel are restricted, Nxt Museum aims to harness the power of technology to give a presence to international artists and create immersive virtual experiences for the art and music community worldwide. Curator at Nxt Museum, Bogomir Doringer, said: “The global electronic music industry has a huge economic value, and yet it has been left without sufficient support internationally amid the coronavirus pandemic. Artists and musicians rely on live performances and entertaining crowds for their livelihood. With this experiment at Nxt Museum, we want to generate new opportunities and create hope for both performers and audiences during these difficult times.”

Artist and coder Yuxi Cao (James) will perform his critically acclaimed audio-visual installation, Dimensional Sampling – live from his studio in New York. Taking the installation to a new visual dimension, Cao will in real-time transform himself into a digital form, merge himself with the pulsating graphics and appear as a digital avatar within the virtual Nxt Stage, watched by a global audience online.

The performance is titled <Dimensional Sampling #1-4>. [HYPERSPACE: Planet-α] and features sound by Lau Hiu Kong (Lawrence). It evolved from the installation, Dimensional Sampling, currently on display in Nxt Museum’s exhibition ‘Shifting Proximities’, which explores human experience and interaction in the face of social and technological change.

During this year’s Amsterdam Dance Event, Minimal & Nxt Museum are joining forces to digitise the dance floor with a fusion of multidisciplinary artists. It marks the first time in the Netherlands that DJs and visual artists have come together to present an immersive electronic music event with a floor-to-ceiling projection of this scale (370sqm). Three performances will be pre-recorded at Nxt Stage with multiple cinematic 6K cameras and streamed on ADE’s channels over two nights on Friday 23 and Saturday 24 October.

Multidisciplinary artist Boris Acket and visual artist Vincent Rang perform a prequel to their debut audiovisual album, Home, from Nxt Stage. ‘Home’ meets warm, lighthearted, almost naïve melodies with soothing visuals from the natural world. But in their hour-long performance at Nxt Museum, Acket and Rang will present a darker prequel to the comforts of ‘Home’. Rang’s visuals give birth to erie, icy forests and abstract rock formations – sublime landscapes evoking awe and fear. As we emerge from this world, we start to experience what seems to be an organic world, anticipating the new album ‘Home’. The performance invites audiences to escape from their living rooms and enter the mysterious, dream-like world of Acket and Rang.

World-renowned Danish/Spanish visual art studio, Desilence, will take control of the 370sqm projection surface at Nxt Stage and create a visual interplay with the sounds of two well-respected DJ duos. With more than 15 years of experience in digital art, the Desilence duo is always searching for the perfect synchrony between music and image. Desilence (Søren and Tatiana) have developed a lookbook of bespoke visuals to reflect the individual mood and tone of the DJs.

Willikens & Ivkovic's beats will pulsate to the hypnotic movement of Desilence's visual eruptions, giving rise to a soundscape that oscillates between natural and ritual. Both former residents at the infamous Salon des Amateurs in Düsseldorf, Willikens & Ivkovic are well-known for summoning music that slowly and steadily takes over the body. Making way for a new generation of proto trance, Spekki Webu and Woody92 become one with the computed pathways of Desilence. Engaged with the wide array in which psychedelic sounds manifest, the duo covers a broad spectrum of psytrance, goa, IDM, glitchy experimentals and tribal tech In sync with the crisp visuals by Desilence, Spekki Webu and Woody92 turn the virtual into spiritual.