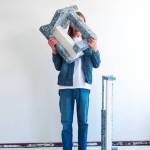 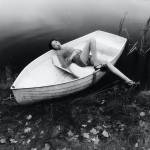 “We’re trying to incorporate a lot of technological advancements from other industries into fashion. And I think that’s something that makes the brand and our approach very unique.” – Julius Juul

HELIOT EMIL was founded in 2017 by Danish Brothers Julius Juul and Victor Juul.  Exploring the lines between form and function driven by experimental approaches, they continue to push creative boundaries, and have taken the fashion industry by storm.

We had the honour of interviewing the brothers fresh from the beautifully hectic Paris Fashion Week, to deep dive into how they navigated themselves within the creative industry and developed their brand. The duo have recently been nominated for the prestigious Andam Prize, who has previously seen winners such as the amazingly enigmatic Iris Van Herpen.“Just being nominated is a huge pat on the shoulder for us and we’re super grateful just to be nominated, especially amongst such a great roster of amazing colleagues and brains. And, also just being able to show the brand to such an amazing jury. That part of the whole award was such a humbling experience.”

What inspired you to start the brand together? Have you both always loved fashion, and where did it evolve from?

[Victor] So obviously, we’re brothers. So we’ve always been super, super close. All the way from when we were small kids. And we’ve always shared the same friend group. And we’ve always just been together. We’ve trained the same sports, and we’ve gone to the same schools. And so naturally, we know each other super, super, super well. And it’s always almost like, we are sort of like an in sync in a weird way. But we are always like, thinking the same things before we’re actually executing it. And I think that in that sense, it really, it was always in the cards that we should make or create something together. And personally, I’ve always been very, very interested in entrepreneurship and in building something from scratch, something very tangible. And yeah, we’ve both been very interested in not necessarily the fashion industry, but always been very interested in in design as well. Whereas Julius has been definitely the driver for for the fashion industry and it’s been very, very motivated by The fashion industry. So it became natural that we then joined forces and and started the brand together.

[Julius] Yeah, and just to just second on that, I mean, there’s a very clear split between Victor and I. So Victor is in charge of the business side of the company and I am in charge of the creative side of the company. So the natural split obviously also stems from that. Victor has a huge passion for entrepreneurship and my passion is really in the creation and creative part.

Where do you feel HELIOT EMIL sits within the fashion industry?

[…] I think that we always strive to incorporate innovation in everything that we do. So we have a very interesting approach to a lot of things. And we always try to push the boundaries of what we’re doing. So even in the way that we’re showing our clothes or the way that we’re designing the clothes, or the techniques that we’re using, or the fabrics or a combination of everything, I think that one thing that’s a cohesive sort of theme throughout the whole process is this strive for innovation and this constant concept of pushing the boundaries and wanting to do that next step.

I think a great example of this is in 2018, when we were just starting out, we did a digital show. And this was before COVID, or anything. And so we created a digital show where it was filmed by seven different cameras. And then the user could then decide what angle they wanted to see the show from. There was seven different cameras, and you could see the show how you wanted to see the show, and not just see it from one specific angle, like you would do in a traditional runway show or in a traditional runway film. But you could really tailor it to your experience. And after we did that, then that got a lot of attention. And, and a lot of people wrote about it. And it ended up that when we got into COVID, people thought that we were experts on digital shows, because we created this one show. So we had the projects leader from LVMH, that’s people who are in charge of constructing the shows for Dior, Louis Vuitton, they were calling us and asking us for help on how to create a digital show. And that was super, super weird, because we always just try to do something that’s outside of our knowledge or push ourselves to come up with creative ideas. And then, them sort of thinking that this is something that we’re really, really advanced in was just a funny experience. And I think that we continue to sort of have that same mindset. Now, even like the way that we’re manufacturing, we’re trying to figure out if there are better ways or more interesting ways. We’re 3D printing some of our shoes now, we’re working on incorporating things like the blockchain into our supply chain, and a lot of technological advancements in other industries we’re trying to incorporate in the fashion industry. And I think that’s something that makes the brand and our approach very unique.

As you are well known for a tech and functional approach, how would you describe the brand’s style? And what are the core assets of HELIOT EMIL?

[Julius] So generally, my approach is very much to balance, something that we like to call “industrial elegance”. And that’s done through balancing elements like metal trim rough treatments with things like luxury fabrics, and silhouettes. I think that sort of balance is something that’s present throughout every collection. And then each collection sort of has an ongoing theme that travels through the entire collection. And often, for me, I’m very moved by thought-provoking themes. So that can be things like art, or it can be storytelling, but it’s very much based on things that are thought-provoking, but also oftentimes, contrasting. I kind of like to work with this idea of also balancing things like, organic versus technological. So we’re always sort of balancing two contradictions.

In your previous collections, you have already used the technique of 3D printing or designed anti-tracking accessories that block GPS signals. What opportunities arise when technology and fashion are fusing?

[Julius] I think that’s a great question. You know, it’s kind of like, not two industries that are supposed to overlap. If you think about technology, in its development, your first sort of thought is not to necessarily think about the fashion industry. Because the fashion industry is very based on craftsmanship and things that are very, artisanal, in a way. And I think that technology is very rarely looked on as something that’s like craftsmanship or artisanal. But I think there’s an interesting overlap in pushing technology through fashion, because I think that fashion creates fascination. And I think that there is an opportunity to further the interest of technology through fashion. I mean, personally, I’m very, very fascinated by technology. And sort of fascinated by how things could move in other industries through tech. And, you know let’s say how the music industry now has completely changed, because now everything is based on streams. And it used to be based on selling albums, or having concerts. And, that’s something that through technology, we sort of changed the whole industry. And I feel like we have seen elements of that in fashion as well, like, with social media, for example. This sort of approach and the concepts and the ideas of how things are measured, or  how the importance of people are measured through social media. I think it’s an interesting aspect that’s becoming part of the fashion world, that through technology we’ve managed to sort of steer the world of fashion in a different direction. So I think that there’s an interesting overlap in being able to reach out through technology and to further the belief of technology by combining it with elements of fashion.

You recently started to design furniture. Is that something you want to develop further, and on what designs are you focussing at the moment?

[Julius] We’ve always seen ourselves as a universe and not just a fashion brand. Right now we’re focused on fashion, but really the concept of HELIOT EMIL, for us, is that we’re trying to create a universe that incapsulates the feeling of industrial elegance, and I think that there is a lot ways we can do this. Our idea is not just to stop at things like fashion, but also to do things like home objects, or sound scapes, or even movies. Just things that fuse our universe, and be pioneers in different industries. That’s a principle we’ve always had. And right now we’re starting with furniture because it was a natural progression, and personally, I’ve always been into furniture and designing, and in my apartment in New York I design all my furniture myself. The first collection that we’re doing in this space is made with an Italian architecture company, and they share the same sort of aesthetic and principle, so it was a natural way to collaborate on creating a collection of home objects together. And it will be coming out next month.

Can you tell us a bit more about SS23 Menswear & Pre-SS23 Womenswear and the inspiration behind already?

[Julius] The next collection is inspired by an art piece by Bill Viola called the four “Martyrs”, and it’s four videos that depict the different elements, so Fire, Wind, Earth and Water, and how they affect the human body. So in the process of the design we were very focused on seeing how the different elements affect the body, and that led to a lot of different exploration within elements and their effects. In the whole collection you’ll see ‘air slits’ a lot, and sort of things that you can use to modify the garment to accommodate certain positions. So, zippers that can open up the jacket, and become more airy, and you can also open up the pants. And we also looked at how Earth is pictured in different ways, so when you’re looking at a map, for example, the way you are communicating a map is through something called ‘contour lines’. These are very organic shapes and lines, and this we took and created stitch lines throughout the whole collection that are very wavy and shaped around the garment. Through from the tech pieces, to the denim pieces, to the knits even, you have these very organic shapes and lines that are cohesive throughout the entire collection.