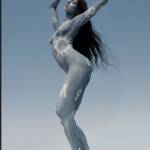 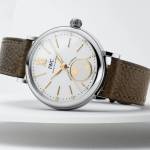 Milan, September 9, 2022 – The Armani Group announces the opening of the new Giorgio Armani boutique at Galleria Vittorio Emanuele II, 61 in Milan. With this launch, the brand reaffirms its presence in the prestigious ‘Salotto di Milano’ with a larger space dedicated not only to accessories but also to the complete Giorgio Armani collection for men and women. The store, which joins the Via Sant’Andrea boutique, is located in one of the city’s busiest areas, an exclusive international shopping destination.

The store is spread over two floors with an area of approximately 300 square meters. The store concept was specially designed by Giorgio Armani in collaboration with his team of architects to respect the historical context of the Galleria. With a central entrance and two large, highly visible windows, it fits perfectly into the important 19th century structure. Following a conservative, and therefore sustainable, design, the unique store, immediately catches the eye with its original – restored – marble and mosaic floor that continues into the store from the Galleria, offering a surprising visual continuity highlighted by supporting elements that reflect the geometric decoration. With this in mind, the walls are clad in the Brenta lime finish, typical of the period.

On the first floor, dedicated to the women’s collection, eyewear and perfumes, the walls have a two-tone marble finish – dove grey on the bottom and ivory on the top – with the color change highlighted by a thin platinum-colored divider profile, in the same tone as the historic cast-iron portals and columns that mark the passage between the different rooms. A large LED wall, also visible from the entrance, is in the center of the large mirrored back wall, which amplifies the space.

The high-impact spiral staircase is a new architectural element. Perfectly integrated into the environment, with a gentle, winding movement accentuated by parapets in the same finish as the gates, it leads to the basement where the men’s clothing, accessories and eyewear collections are displayed. The space is characterized by large pre-existing ribbed vaults with historic dormers in the center, interspersed with arched portals in platinum color. The Seminato floor was laid using traditional craftsmanship and picks up the gold and beige tones and colors of the first floor.

The space is complemented by light and minimal furniture in silver ash wood with platinum colored profiles, silk curtains in the tone of the walls, seating, silk rugs and lamps from the Armani/Casa collection. The overall effect is one of fluid harmony.