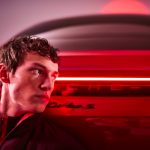 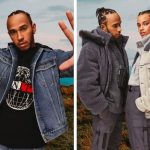 The new Apple Watch in collaboration with Hermès

A new colour palette for straps:

Hermès, the artisan of colour, has imagined a new palette of shades for the single tour straps of Apple Watch Hermès Series 6. The bright tones of piment, orange, ambre, bambou, navy and anémone transform this iconic object.

Named Hermès Attelage in reference to equestrian harnesses, re ecting the house’s heritage, this new model in the Apple Watch Hermès collection features a strap whose redesigned attachment extends above the case. By playing with proportion, it reveals the Hermès double tour extra-slim or single tour straps in fauve Barénia calfskin, reasserting all the uniqueness of the object.

Apple Watch Hermès Series 6 will be available to pre-order on hermes.com and apple.com from 15 September, with availability in selected Hermès and Apple stores in Australia, Canada, China, France, Germany, Italy, Japan, Singapore, Spain, Switzerland, the UAE, the UK and the US from 18 September.