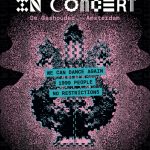 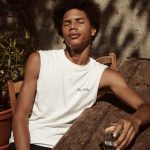 Film Things to do Video

Netflix's popular YouTube show "I Like To Watch", in which drag queens known from Rupaul's Drag Race judge Netflix shows, comes with a Dutch version. After several successful seasons in America and the UK, Netflix presents the Dutch edition of “I Like To Watch” with Sederginne and Ma'MaQueen. The first episode in which the queens rate "Ferry" is now available on Netflix's YouTube channel.

The show in which drag queens watch new Netflix shows and movies and give their opinions has been a great success on YouTube for years. In America, the show has been hosted by Trixie Mattel and Katya Zamolodchikova both known for Rupaul's Drag Race since 2019. In the Dutch version, the honor goes to the Belgian Sederginne and the Dutch Ma'MaQueen, both known from the first season of Drag Race Holland. In each episode, the ladies judge new Netflix shows or movies they are seeing for the first time, which often leads to hilarious comments.

The Dutch version of “I Like To Watch” was created by Netflix, The Drag Agency and Vigics.

HUNKERING IN. CONCERT IS FIRST LARGE-SCALE INDOOR EVENT IN THE GASHOUDER

In conversation with Laurens