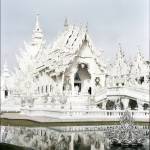 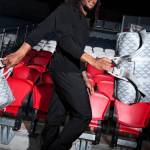 NETFLIX COMES OUT WITH SECOND SEASON OF GLOBAL HIT ”WEDNESDAY”

Wednesday, the Netflix series scoring one success after another worldwide, is returning. Details about the second season will be announced later.

Wednesday’s first season broke all records, becoming one of the most successful series on Netflix ever. For instance, the series ranked #2 among the most popular TV series with 1.237 trillion viewing hours in its first 28 days. More than 182 million households have watched the series since its release and #WednesdayAddams also managed to generate a whopping 22 trillion views on TikTok in no time.

“It’s been incredible to create a show that has connected with people across the world. Thrilled to continue Wednesday’s tortuous journey into season two. We can’t wait to dive head first into another season and explore the kooky spooky world of Nevermore. Just need to make sure Wednesday hasn’t emptied the pool first,” said creators, executive producers and showrunners Alfred Gough and Miles Millar in an exclusive interview on Tudum.com.

About Wednesday season 1
In Wednesday, we follow 16-year-old Wednesday Addams’ school years at Nevermore Academy as she tries to master her paranormal abilities. She is also trying to stop a gruesome serial killer terrorising her town and is solving a murder mystery involving her parents 25 years ago. All while also having to maintain her new and complicated relationships on Nevermore.

THE BEAUTY OF THAILAND