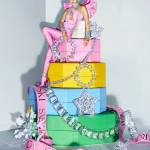 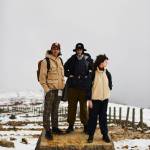 Do you see connections where others do not? Do you find yourself searching constantly for new adventures of the heart and mind? If you answered YES, you may be… BIMBAYLOLIZED.

Welcome to the community! While there are a gazillion different ways of being BIMBAYLOLIZED, it’s always something that comes from within, wherever you are and whatever you’re into. You can be bold and naive, carefree but care a lot. You can take things seriously but laugh at yourself. BIMBAYLOLIZED is an attitude, a personality — authentic, positive and free.

To capture this spirit, many-sided genius Petra Collins has directed an out-of-this- world short film for our FW22 campaign — a mythical BIMBAYLOLIZED origin story.  With her palette of desert sunsets and neon lights, her distinctive analog aesthetics and wicked sense of humor, she channels the mood of cult classics like To Die For, Twin Peaks and Repo Man.

In the small desert town of Lolaville, USA, four girls are going about their daily lives — working at the local convenience store, pumping gas, vlogging. But when icy orbs crash down from the sky, depositing brightly colored CHIMO bags across town, the girls start to…change. The story unfolds through the footage of a wannabe reporter. She comes to investigate the mysterious arrival of snow in summer, but ends up following these extraordinary girls and the rumors swirling around them. Enya’s eye has turned blue; weird markings appear on Peng’s body; Beth is possessed by a newfound obsession with UFOs…

It could be aliens. Or it could just be bull$#!*. If you guessed none of the above, you are correct.

But don’t be scared — be BIMBAYLOLIZED. Your life will change forever and for better.

Headlining are two fearless, creative women who throughout their careers have always bet big and won even bigger. The campaign is shot by the multi-talented artist Petra Collins. In front of her camera is none other than Natasha Lyonne, the actor-writer-director-producer-New Yorker who grew up on screen and now stars in creations of her own making. Wild, adventurous, in love with the movies, she is the perfect embodiment of the spirit of the collection.

The campaign unfolds like stills from a movie. Contrast is everywhere. From one scene to the next, we follow Natasha through rocky desert horizons, highway lights and neon nights. Here she is at a desert gas station in only a soft pink jacket, next to an incongruous sheet of ice. Here she shelters in the shadows in an animal-print fur, behind slatted blinds and mirrored sunglasses. Light and dark. Fire and ice. Opposites do attract.

Epic as the road, wild as the stars, the FW22 campaign is a crazy ride. Luck is believing you’re lucky, so get ready to roll.