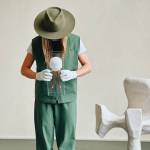 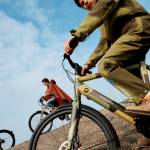 MYSTERYLAND RETURNS WITH THEIR BIGGEST EDITION EVER FOR 2022

The world’s longest-running electronic music festival Mysteryland will make its long-awaited return to Haarlemmermeer from August 26-28, 2022. The legendary Dutch festival which showcases over 300 artists across 22 stages is gearing up for its biggest edition to date in the lead-up to its 30 year anniversary next year. After completely selling out the 2021 event, Mysteryland is offering fans the chance to attend with a limited batch of newly available tickets. The tickets will be available from February 21, 12pm CET via www.mysteryland.com.

The three-day festival is set to wrap up the Dutch festival season in spectacular style. With internationally renowned hosting partners including Q-dance, Sexy By Nature, Carl Cox presents Awesome Soundwave, Cocoon, Vunzige Deuntjes, and Thunderdome, as well as local partners such as Lovelee, Wassarette, and Funky Town, the festival offers the best from a wild array genres. Covering the full spectrum of electronic music from house, house, techno, trance, EDM, hardstyle, and hardcore, the festival doesn’t stop there. With pop, afrobeat, Latin, R&B, and hip hop, Mysteryland has something for everyone. The iconic stages range from sprawling outdoor dance floors to massive, atmospheric tents beaming with laser shows and inimitable sounds hosted by both the most sought-after names worldwide and exceptional local talent.

Milan Raven, managing director of ID&T Events: “We can’t wait to finally welcome our fans back into the world of Mysteryland. This year, our programmers and creatives have had longer time to create, so even more love and attention has been put into the immersive world that our visitors step into in August. We will return bigger and better than ever before and we are looking forward to a mesmerizing conclusion to the Dutch festival season at Mysteryland.”

More than 100.000 visitors from over 100 different countries flock to experience the legendary festival each year. After a two-year hiatus, Mysteryland is set to return stronger than ever with a state-of-the-art production. Festival-goers will be immersed into ‘The Kingdom of the Weird Party Animals’, where illuminated paths lead guests through a magical world full of surprises, hidden places, and special creations. From spiritual ceremonies and reviving massages, to dipping into the hot tubs or kicking back in a traditional pub, Mysteryland offers so much more than your average festival.

For the full experience, the festival grounds welcomes campers from Friday until Monday. 2022 will see the biggest campground to date, set to accommodate  20,000 ticket holders. The camping plaza is fully equipped with modern facilities, a food court, chill areas, and much more. With an entertaining program all weekend long, an extra festival day on Friday, and an afterparty on Friday and Saturday exclusively for campers, the camping experience is packed with extra entertainment. After two years in the making, Mysteryland is set to be the highlight of the festival season.

The pre-sale with the final tickets will start on February 22 at 12pm CET, via www.mysteryland.com. Pre-registration for the ticket sale is available until 21 February, 12pm CET.

Mysteryland is the leading electronic dance music festival in the Netherlands, organized by ID&T. The first edition of Mysteryland took place in 1993, making it the longest-running electronic music festival in the world. Each year, the festival attracts more than 100.000 visitors from over 100 nationalities, who’ll get to see 300 artists perform on 20 stages. The festival has hosted performances from big artists such as Tiësto, Martin Garrix, Armin van Buuren, Carl Cox, and Avicii, covering all genres within the spectrum of electronic music: from house, techno, trance, EDM, hardstyle, and hardcore tot Latin, pop, R&B, hip hop, and Afrobeats.

The most dutch collaboration yet, scotch & soda teams up with bicycle brand Veloretti