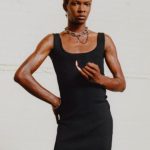 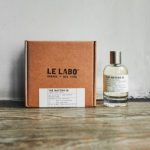 Music, fashion and lifestyle at ‘techno brunch’ by Moose Knuckles

The smashing party of Moose Knuckles and magazine Numéro Netherlands last week at the W Hotel in Amsterdam was not only the opening of the 25th ADE (Amsterdam Dance Event), but also the kick-off of an international campaign by the luxury outwear brand: Heatmakers.

The Canadian brand Moose Knuckles works with artists, designers and mood makers for the worldwide Heatmakers campaign for collaborations in events, creative expressions and projects on social media. The event at W Hotel was organized by Numéro Netherlands magazine. During the party, the super-thick autumn-winter edition and a short fashion film made especially for Moose Knuckles were presented.

The main act at the well-attended event was the internationally known DJ Nina Kraviz, the support act was DJ Deniro (the Dutchman Reynier Hoofd van Huijsduijnen). For the launch, Numéro Netherlands decorated the shop window of the brand's store in P.C. Main Street in Amsterdam. During ADE, artistic posters of Moose Knuckles shot by Numéro Netherlands will be hung all over Amsterdam. The posters show the Dutch international top models Lisette Ros, Max Heuvelman and Christian Yav. The entire shoot is featured in the latest issue of Numéro Netherlands.

Numéro Netherlands editor-in-chief Timotej Letonja is very happy with the turnout: “Numéro celebrates freedom in this issue. And that translated beautifully at the event.” According to publisher Floris Müller, the party shows his publication is much more than just a magazine and social media channel, but above all a 'stage for lovers of fashion, art, design and lifestyle.'

Marco D'Avanzo,  Moose Knuckles General manager and executive vice president of sales is pleased with the conduct of the opening event of the ADE. “With Heatmakers, Moose Knuckles provides a stage for creative talent to express themselves and be discovered. Moose Knuckles' vision is closely aligned with that of ADE; despite being the biggest techno event in the world, for years it has not only brought together big names in the music world but also up-and-coming DJs and talents in other disciplines.