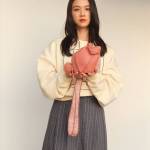 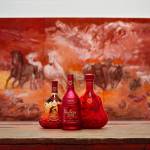 In anticipation of his new album The Inventory Of Our Desire (10 February ’23), Thomas Azier has released a music video today for his newest single What Does It Mean To Be Free that came out last month. For the single, Thomas entered into an interesting new collaboration with Dutch photographer and artist Jesper Boot and jazz saxophonist Maarten Hogenhuis.

For this music video, Thomas was keen to collaborate with Jesper Boot for the first time and says: ”The video came about through conversations with Dutch photographer and artist Jesper Boot. I was very impressed by his work Power, and I asked him to make two videos for my music. He chose the poetic and tragic images of chases in America. The raw images contrast with the tenderness of the music.”

His recently released singles Faces and Pelechian already showed a smooth playfulness and, as it were, a celebration of life’s fleeting, insignificant moments. For Azier, it felt like a logical follow-up to release What Does It Mean To Be Free as the latest precursor to the album today. Jazz saxophonist and composer Maarten Hogenhuis accentuates the piano line with an emotional performance that complements Azier’s delicate vocals. This artistic duo, together with experimental guitarist Obi Blanche and jazz drummer Simon Segers, form the beating heart of the new album. In the themes and tenderness of the forthcoming album, both Thomas Azier’s experimental and light nature come to the fore.

”I was looking for a spatial arrangement that could host this song. It was a search for healing music of a softer kind that cannot be compressed into 3 minutes. Giving freedom to the musicians in the studio created a live take that I could not have planned in advance,” Thomas Azier said.

New album
‘The Inventory Of Our Desire’ was written in quarantine and then recorded in close collaboration with musicians such as jazz saxophonist Maarten Hogenhuis, guitarist Obi Blanche and jazz drummer Simon Segers during spontaneous studio sessions. “Music created in post-COVID reality cannot help but carry the weight of those previous transformative years,” says Azier, whose songwriting and idiosyncratic voice may be the album’s defining characteristics, but whose musical identity is one of a live band playing and experimenting in real time. With a musical range that includes electronica, jazz, neoclassical, guitar ballads and even a lullaby for his newborn son, Azier is keen to express our unspoken need for human interactions.

About Thomas Azier
Thomas Azier (born 1987) is a Dutch composer, producer, singer and performer, born in Leiderdorp and partly raised in Friesland. After living and working in various European cities, he settled in Paris after more than 10 years. From this city, Thomas builds his project within Europe. Wherever life takes him, he absorbs influences from his immediate surroundings, then channels them from his own vision into an increasingly specific, unique and personal musical palette. Previous albums like ‘Hylas’ and ‘Rouge’ showcased influences from Berlin and Paris, among others. His latest works ‘Love Disorderly’ and ‘A Collection Of Broken Ideas were indicative of the final size of that artwork. Live, Thomas played more than 500 concerts at festivals including Lowlands, Best Kept Secret, Eurockéennes & Montreal Jazz. The European tour during last autumn marked the start of a series of singles leading up to a new album.