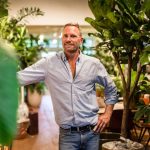 With immediacy and speed, Casey Cadwallader continues to explore the nuances of the Mugler lexicon through the evocative medium of fashion film. In a cinematic satire directed by Torso Solutions, the Fall Winter 2021-22 collection is revealed in a series of sleek vignettes that examine the tropes of the back lot, studio photography and the runway show by breaking the 4th wall and harnessing the power of the gaze. Catapulting backwards and forwards, swivelling and zooming in a constant game of inertia and perspective, adventurous camera work accompanies a vampish cast of Mugler characters spanning the ultra-famous to the entirely anonymous, from canonical supermodels to fitting models and new faces. Emphasizing the art of the pose, the reveal and conceal of flesh affirms Mugler’s no-holds-barred celebration of the feminine form in all its glory.

Demonstrating the prowess of the Mugler atelier, second skin garments expand upon obsessive construction and material research in new sculpted forms infused with colour and shine. Ultrasonic boned corsets and highwaisted zip leggings set on illusion tulle are spliced with panels of bonded recycled Lycra in lustrous inky black, midnight blue, flesh pink and reflective silver. Jersey camisole dresses and deconstructed rah-rah skirts shirred at the hip slice across the torso in shades of teal and neon yellow, oxblood, indigo and pumpkin, intertwining with bandage glove tops to create layered expressions of light and dark. Liquid velvet bodies in techno jersey and wavy buckled miniskirts are layered under sculptural wool tailoring, from a cut-out peak lapel blazer in cavalry twill and fitted corsetry jackets to a draped leather military trench coat. Allusions to the Mugler archive abound, from keyhole bustier details and a flocked star-patterned dress to snake chain body jewellery that traces sinuous lines across the body as it weaves in and out of flou garments and accessories. The intricate pattern work of spiral denim returns in new shades and fabrications alongside fluid tailored trousers split at the ankle – exhibiting the innate freedom of movement central to the Mugler world.With Jimmy Choo, the Mugler Fall Winter 2021-22 shoe collection takes on new dimensions, with a full range of styles in the season’s colours and materials from cut-out calf boots and pointed chain pumps to open sandals with metallic ball details.