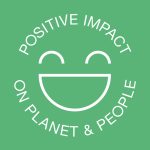 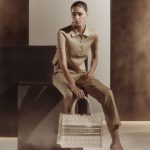 Montblanc removes the oxygen from its latest mountaineering timepiece for its new Mark Maker Nimsdai Purja to test on his upcoming expedition to the summit of Mount Everest. Dedicated to making professional timing instruments for today’s explorers, Montblanc’s latest 1858 Geosphere watch sees the addition of a brand-new chronograph movement, devoid of all oxygen.

This “Zero Oxygen” timepiece, limited to 290 pieces, has several benefits for explorers who need their equipment to work in some of the harshest environments. Zero oxygen inside the movement not only eliminates fogging, which can occur with drastic temperature changes at altitude, but also prevents oxidization. Without oxygen, all the components last far longer and will provide greater precision over time.

Montblanc offers an intuitive way of keeping track of time in different time zones without hands.

One of the most practical complications, the Montblanc 1858 GMT watch function shows the time in two different places at the same time. So, wherever you are on the planet and whatever you are doing, your watch can indicate local time and home time at a glance. And even when you aren’t off exploring, the Montblanc 1858 GMT watch can come in pretty handy for organizing video calls with international colleagues!

Where most GMT timepieces indicate the second time zone with an additional hand, the new Montblanc 1858 GMT model presents its GMT indication without hands that is very intuitive and highly legible.

Discover Montblanc’s sports diving watch with a “frozen” dial and an interchangeable and adjustable tapered bracelet.

When it came to imagining a new sports diving watch, Montblanc didn’t go to the world’s tropical waters for inspiration, but rather climbed up to the glacial lakes of the Mont-Blanc Massif. Ascending via the Chamonix Valley to the Mer de Glace (Sea of Ice), the Maison’s designers were captivated by the texture of the glacial ice with its interlocking network of crystals that have been frozen in time for millennia.

Throughout history, the human desire for exploration has led to new discoveries. From the first prehistoric men and women who ventured over the next hill or mountain, to the sailors who braved the high seas, the daredevils who learned to fly, and the mountaineers who set their own challenges. This spirit of adventure and exploration has always been at the heart of Montblanc with the creation of diverse timekeeping instruments to accompany the fearless on their adventures.

The 1920s and 30s were the formative decades of aviation with rapidly advancing technology and the start of both civilian and military flights. A reliable timekeeper was an essential piece of a pilot’s equipment and a Swiss manufacture in Villeret, called Minerva at the time, was at the forefront of producing professional stopwatches and chronographs for navigation and tracking time in the air.

Unveiling the Secrets of a Historic Minerva Chronograph

The Montblanc Unveiled Secret Minerva Monopusher Chronograph turns the movement over to reveal all its beauty. When it comes to complicated watch movements, the chronograph is without a doubt one of the most mesmerizing with all its intricately linked components that come into play to display elapsed time. And when that movement is based on the historic Minerva MB 16.29 monopusher chronograph calibre, the magic is off the charts!

Reversing the CalibreBut there is more to this story. The new Montblanc Unveiled Secret Minerva Monopusher Chronograph Limited Editions not only feature this iconichand-wound MB 16.29 movement with all its meticulous hand-finishing, but the movement has been flipped over to display all the incredible mechanical action on the dial side of the watch. At first glance, the viewer may think it is a skeletonized movement, but a closer look reveals that this historic chronograph movement is on full display, in all its glory, on the dial side of the watch. In 165 yearsof Minerva history, this has never been done before. It is surprising when you think of how many watch lovers remove their chronographs to admire the movement through the case back. Well, now they don’t have to!

THE DIOR OR CAPSULE TO CELEBRATE RAMADAN