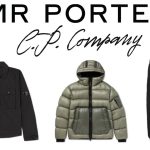 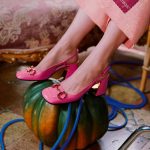 Montblanc is now introducing a 1858 Geosphere Limited Edition entirely dedicated to Reinhold Messner, the legendary climber and explorer who is renowned for his pioneering ascents of the world’s highest peaks, and his variation of the Seven Summits Challenge, known as Messner’s List.

Montblanc 1858 timepieces are designed and conceived as the tool watches for mountain exploration, taking inspiration from the Minerva pocket watches and chronographs from the 1920s and 1930s that were conceived for military use.

In 2018, Montblanc launched the 1858 Geosphere, a manufacture timepiece with a new way of displaying the indication of the worldtime in a bold way with two recognizable turning discs representing the northern and southern hemispheres. From the outset, the timepiece has been linked to the Seven Summits theme featuring Reinhold Messner’s version of the challenge. Referred to as “Messner’s List”, his route is one of four variations of how to climb the highest peaks on each of the seven continents and is considered the most difficult version of all.

Thanks to a creative and inspiring collaboration with Reinhold Messner, the Montblanc 1858 Geosphere Messner Limited Edition piece was born. The timepiece harmoniously combines bronze, blue, and rose gold-coated elements, giving it a true vintage aesthetic reminiscent of the mountaineering exploration tools from the past. In the dark almost all the elements of the dial and bezel are luminescent, with a splash of SuperLumiNova® in different colours.

Limited to 262 pieces, the timepiece is a nod to all the peaks over 26,200 feet that Messner climbed during his career.

Reinhold Messner is an Italian mountaineer, explorer, and author. He made the first solo ascent of Mount Everest and the first ascent of Everest without supplemental oxygen along with Peter Habeler. He was also the first person to climb all 14 peaks over 8,000 metres (26,200 feet). In 1989-1990, he and German explorer Arved Fuchs were the first to cross Antarctica and Greenland on foot without the use of dog sleds or snowmobiles. In 2004, he was the first to trek 2,000 km (1,250 miles) across the Gobi desert. He has published over 80 books about his experiences, has served one term (1999-2004) in the European Parliament, where he championed environmental issues, and in 2018, he received the Princess of Asturias Award in the Sports category, along with fellow mountaineer Krzysztof Wielicki. He is now overseeing the creation of a number of museums dedicated to alpinism and the mountains.

This limited edition will be available in Montblanc boutiques from October 23th, 2020.

GUCCI IS PLEASED TO PRESENT THE EPILOGUE CAMPAIGN