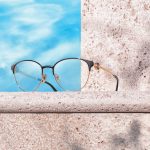 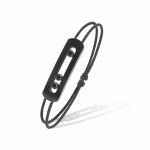 ALL RIGHT, WE ADMIT IT: THE IDEA OF SELLING EMPTY BOTTLES IS MORE THAN A LITTLE OUT THERE. OF COURSE, THAT HASN’T HALTED OUR PLANS TO DO EXACTLY THAT FOR OUR 10-YEAR ANNIVERSARY.

The circumstances that gave rise to the idea are at once sad and alarming. In biological terms, we humans are also primates – but not one of the 283 species that are currently threatened with extinction. Indeed, our kind is part of the cause of their precarious situation. Deforestation and poaching are robbing these primates of their habitat and decimating their numbers. It’s sad, but true. Meanwhile, a saying round here goes that every bottle winds up empty at some point; so, we thought, why not sell them that way for a good cause? A rather unconventional idea was born! It’s also a bit sad – but the promise behind it is anything but empty.

For a short time, their Monkey will be offering his rightful place on their bottle to six of his threatened fellow primates. As much as we understand how treasured its usual contents are, we do plan to leave these six different editions unfilled. A promise ful-filled. To mark their first 10 years in business, we gave a donation to the World Wide Fund for Nature, which will put the money to good use in its primate protection projects around the world. Our heartfelt thanks go out to all those willing to buy an empty bottle – it takes a brave soul to forgo one’s favourite gin!