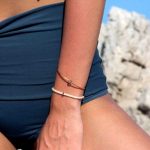 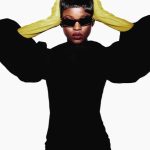 Milkshake in conversation with MA’MA QUEEN

Milkshake would be nowhere without the constant inspiration and breathtaking bravery shared and shown in the queer community. For our ten year anniversary, we've portrayed some of our favourite people. These are their stories.

The interest for fashion and designing runs in my family. My grandmother worked as a dressmaker and my mom always really enjoyed designing and making clothes for me and our family. When I was just seven years old, my mother gave me a designer kit for my Barbie doll that allowed me to draw outfits for Barbie. I guess you could say that’s where the love for designing started. Later on, in middle school, I started to design and create my own clothes.

My other passion was dancing. I’ve danced a whole bunch of different styles throughout my life; from classical ballet to jazz to modern dance et cetera. When I moved to Arnhem to study fashion design, I got the opportunity to work in a circus. I finished my education in Rotterdam, where I got an internship at an entertainment agency and I expressed my desire to get back on stage. One night was pivotal in my career as a performance: we got a request for two drag performers to join Amanda Lepore. That’s when my drag career started.

Looking back, I think it makes complete sense that I ended up where I am now. It’s not just performing. It’s also the styling, designing, helping people express themselves through costumes. Choosing fashion could have limited me to a cycle of designing, marketing and selling. It’s so thrilling to see the costumes I designed live a life on stage, I think it’s become essential for me in my work. As for my drag performance, it feels like a natural part of me. I’ve always dressed and expressed myself more feminine.

WHAT IS YOUR RELATIONSHIP TO MILKSHAKE?

I believe that it was five or six years ago that I first visited Milkshake. I already knew a bit about the festival and I was very curious about it. Little did I know that Milkshake would become an instant favorite the moment I set foot on the festival site. I loved every single thing about the festival. In the following years, I visited in drag with my drag daughters, worked as a stylist and performer for the Supertoys stage, as a stage host for the Totally Stages and it’s just been so much fun! You have to pay attention to every second because before you know it you’re dancing to the final song at the end of the day. The rush of working backstage, performing, meeting the international community, celebrating with friends; those are the memories we will all cherish for life.

WHAT’S YOUR DREAM FOR OUR COMMUNITY?

That’s a beautiful question. I have so many thoughts and ideas when I try to envision a future for our community. One of the most important things for me is that I don’t want our community to be looked at as this isolated thing. A collection of people that all tick one or more minority boxes. If people keep telling us we’re a minority group, how are we ever going to make the next step in emancipation? For example when people in interviews ask me questions about the hard things or my fears I try to challenge them: ask me about my happy encounters, ask me about the things that strengthen me. Ask me about the things that put a smile on my face.

If you imagine each and every one of us probably have one or two allies in our lives, there’s way more free and open minded people than we think. I think the future is free and those who have a free mindset must be a majority, right? Take Milkshake for example, there’s so many people there who aren’t necessarily a part of the community but who have the right mindset when it comes to freedom and respect. Those people play an important role in our collective future.

As a community, we need to take the lead and show others how they can be themselves. The best way we can teach the world is by being one hundred percent authentic. This way we might show others the limiting mindsets they have been raised with. We all have so much more in common than we can possibly imagine. I think radical freedom can be infectious and I want to use it to strengthen our community from within. We’re not weak. We’re strong.

I want a future where you don’t have to dress up in the toilets of a bar in Amsterdam to go to your favorite festival. I want a future where I can get on a train in any tiny village in this country and feel safe and appreciated. I want a future where no parent has to be worried about the safety of their child. It’s that happy feeling that sticks with you a while after visiting Milkshake: you’d wish that feeling could be around forever.