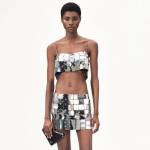 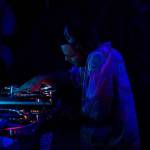 One year after the release of the first installment of his AKWA series, the Paris-based rapper is back with a new project and it was worth the wait. Named after one of Douala’s most famous districts in Cameroon where the artist is originally from, the AKWA series marks a return to MIKANO’s purest form of creation. It’s raw, explosive, with a beautiful and touching melting pot of emotions.

With AKWA II, MIKANO gets deeper than in the previous EP, more intimate, taking the listener from one extreme to another : from a song tinged with sweetness, vulnerability and fantasy to something inflated with roughness and overly confident energy. Throughout the 9 songs of the EP, the rapper offers us an introspection and portrays the complexity of our personal growth and our relationships.

To create this new EP, MIKANO worked with his long time sidekick SUTUS but he also surrounded himself with talented and eclectic producers such as Basile Peter, Camporeale, Lorkestra, Koboi, or Dayrick, a Korean producer he met during a recent trip to Seoul. The mix/mastering was entrusted to Eestbound (who co-produced “Antidote” for Travis Scott, among others).

This project is also the first on which Mikano features vocal performances from other artists. And for the occasion MIKANO has chosen international rising artists : K-HipHop star Camo brings even more energy on “Granted” while the Ivorian Tripa Gninnin opens up “Ah Yes!” with his unique flow. If you don’t know about them already, you will soon.

MIKANO’s music is made for those who love the mixture of genres without barriers, where the sound experience is as important as the aesthetic of the image. That’s why to go with the release of AKWA II the artist shares the music video of his latest single : “Touché Coulé”.

Through his music as well as his visuals, always impeccably worked, MIKANO knows how to digest and dilute with subtlety all his influences in order to create something unique. Be sure to keep him on your radar.

IN CONVERSATION WITH PAOLO MOSCA