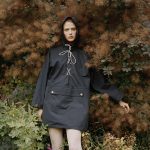 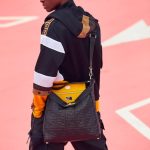 Lifestyle Music On the Playlist Style

After releasing his debut single ‘No Love’ in 2018, and with singles like ‘5 Milli Freestyle’, ‘Fall Back’, ‘Dubai Freestyle’, and over 31 million plays on Spotify and YouTube alone, Memphis Depay proved that music is a serious passion and commitment for him. The 26-year-old Olympique Lyonnais football player’s new single ‘2 Corinthians 5:7’ keeps his impressive catalogue rolling and is the first taste of a debut EP which he is currently working on, to his fans’ delight.

It’s a dark hip hop tune with plucked tones and a sparsely placed distorted bass that fits his smooth voice perfectly. The menacing and deep trap beat adds catchy energy to the track’s sleek vocals. The lyrics tell of his glamorous lifestyle and of his career as a football player. It’s a unique angle for a rapper to also be able to talk about excelling at a world-class level in another field, making for some distinctive bars.

The video stays true to Memphis’ ideology, believing that for the world to change, we have to be the change, and this can only be achieved by lifting each other up. The video features some fine outfits, a gloomy dinner scene, and Depay’s tattoo-covered body. He slips into French for the outro, showing he can bring the heat in either language.

2 Corinthians 5:7 is out now: https://youtu.be/xjtNp-RStOs

Widely considered as one of the best football players in the world, Memphis Depay’s talent is much more extensive than that. Not only does the 26-year old serve the French club Olympique Lyonnais and The Netherlands’ national football team, he has also successfully been trying his hand at music.

Memphis Depay made his official debut for PSV Eindhoven in 2011 and for the Dutch national team in 2013. His football style is often compared to Cristiano Ronaldo’s, resulting in being praised as “one of the best young players in the world”.

His debut single ‘No Love’ was released in 2018, announcing a great musical career ahead. Followed by ‘Fall Back’ and with tracks like ‘5 Milli Freestyle’ and ‘Dubai Freestyle’, Memphis has amassed over 31 million plays on Spotify and YouTube alone.

In 2019, Memphis Depay also published his inspiring biography ‘Heart of a Lion’, written with Dutch sports reporter Simon Zwartkruis. The book tells his story from his childhood full of aggression and fear, with the ball as sole lifebuoy, to being the star of the Dutch national team and Lyon. In this vulnerable, yet powerful and inspiring biography, Memphis also reveals his musical ambitions.