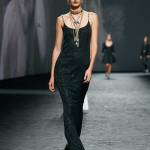 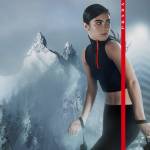 Parisian duo Masomenos deliver their new LP ‘Unidentified Aerial Phenomena’, coming via the Automatic Writing imprint and comprised of eleven originals, several of which feature Amsterdam’s SanProper. Masomenos have always explored parallel worlds with their music, fusing an amalgamation of influences and bringing into their universe all the humor and kindness they’ve met on their path. Their music, weird and intriguing for some, lively and trippy for others, is like an ongoing story told over more than 15 years of musical production. Alongside music their graphic design accompaniment of funny creatures, and mystical figures.In this new opus, they surf the frontier between their club sound and home listening, inviting friends over for the ride. Julien Quentin at the piano, Adrien Boisseau on the viola, and San Proper on vibe & vocals. Across the ‘Unidentified Aerial Phenomena’ LP Masomenos Traverse Through A variety of styles, from dynamic, micro house compositions like Tournicoti’, ‘Ainamor’ and ‘Planet X feat. San Proper’, which brings together bumpy, modulating drums with textural synths and sprinklings of jazz throughout.Also on offer is some heavy dub influence found in cuts like Hollow’,‘Cleopatra feat. San Proper & Title-track ‘USPs which utilize bubbling stab echoes, swirling atmospherics and heavy doses of sub bass.The album also sees many weird and wonderful explorations straddling the lines between electronica and house, like the computer game style of opening track ‘Rêve’,acid infused pad driven workout ‘Are You Sure’,cinematic feel of ‘Mystery Unsolved And Closing cut ‘Daffy’s Land’ which wanders through six minutes of unfolding bass growls, nuanced rhythms and shimmering synth sequences.

Joiah had the pleasure to ask them some questions about the LP and upcoming projects. Click here to listen to their album mix!

Parisian multidisciplinary duo, you’ve been active in the underground minimal scene for more than 15 years already, championing modular groovy and instrumental sound. Who knows you are aware of the various EPs and LPs you have released throughout the years, but for those who don’t, who is Masomenos and how did your musical and creative journey develop?

Masomenos is the alchemic result of our encounter. We met in 2005, and that big bang in both our lives created Masomenos.

It’s a planet in itself, a creative playground where we can deliver all kinds of artistic productions.

Though it’s the music that really keeps it on orbit. We both had musical activities as we met Adrien in his studio, and me, Joan behind the decks and in the record shops.

Your latest LP came out this summer ” Unidentified Aerial Phenomena” released on Automatic Writing label, is a project composed of eleven original tracks in collaboration with San Proper (vocals), Julien Quentin (piano) and Adrian Boisseau (viola). What are the main differences as well as new things about this album in comparison to your previous ones? How would you describe the project itself?

Well first of all, it’s the first time we signed an album on another label than WTM.

We have been collaborating with the automatic writing boys since some time, and they loved this album that we had left in the box. They really went for it, and it is a pleasure to work with them.

We see How much energy they dedicate to it, and we’re feeling very happy about it.

Music wise, all our albums mark a certain period in the studio life. The first 3 albums only came out as mixed CDs, alongside with a series of EPS.

Latest one on WTM, M7TH that was recently repressed, was our first double vinyl album.

This time it came with a series of « see the music » videos.

Uap is an electro exploration of a certain studio setup, with a certain background idea about “the aliens”

How would you describe your workflow while creating in the studio?

Just hanging out there. Then experimenting. Going on a modular patch, playing a melody, singing a bit. It’s a very solo process, unless I do a session with some musician or artist collaborators. But then eventually I’ll end up in the studio alone again to sort all recordings, edit, mix and so on.

What does your studio look like at the moment?

Hahaha. Now it’s about storage Boxes, 3D renders and night dreams. I guess for the upcoming year it will be like that…

Music is just one side of your diversified career, how do you connect it with your ongoing works (fashion, design, film ?)

Adrien : And now house/studio construction. That takes up most of my time since last year…

Also, we have a nice network of friends and team that help a lot developing and maintaining all things lively.

What are some of your favorite synths and why?

My Juno for its colorful and playful palette.

Are you planning any future gigs ? Perhaps in the Netherlands:)

We haven’t played so much in the Netherlands, weirdly.

Let’s see what invitations pop up with this future release.

Link to discography and more

For more than a decade, the duo Masomenos has worked on developing a universe where musical creation and visual art overlap «TO SEE THE MUSIC».As DJs, performers and music composers, they have conceptualise and apply ideas that enable the transformation of simple concerts into multi-sensorial experiences : they have introduced know-how to enlighten the music in our sound performances (mapping, graphic arts, scenography).This technology, at the service of their artistic expression, allows them to transcribe a partition of the music into light. Each element of the partition (notes, harmonies, tempos, rhythms), is literally translated into light (colors, intensity, order), to create a synaesthetic experience from the fusion of musical and visual storytelling.

You can check their installation at 3537 in Paris next week at FTMA festival. More about it here