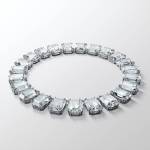 Martin Garrix has been voted The World’s No.1 DJ in DJ Mag’s Top 100 DJs poll 2022. The Dutch DJ and producer marked the occasion in historic fashion as he became the first artist to DJ from the top of the iconic Empire State Building, as the centerpiece of a reimagined Top 100 DJs Awards Show broadcast. It’s the fourth time Garrix has claimed the No.1 DJ title.

Speaking of the win, Martin Garrix said: “I’m very grateful for everyone taking the time to vote. Being back at number 1 again feels very surreal, and I’ll never ever take your support for granted. Thank you. I hope you all enjoy the stream we recorded. Playing my music on top of one of the most iconic buildings in the world was very special. Music has brought me to many crazy places, but this is definitely high up there.”

An artist who transcends dance music, Garrix has collaborated with Dua Lipa, Usher, and Bono and The Edge from U2 in addition to showcasing his own productions and those from his label STMPD RCRDS at festivals and clubs across the planet. More than 1.3 million people, from 234 different countries, voted in this year’s poll, cementing its place as the largest publicly voted music poll in the world.

The Top 100 DJs awards were presented during a broadcast show, hosted by BBC Radio One DJ Arielle Free and anchored from The World’s No.1, Club Hï Ibiza. The global show featured performances from six award-winning DJs shot across four different continents. The three-hour event climaxed with Martin Garrix’s historic performance from the outdoor observatory at the top of the Empire State Building.