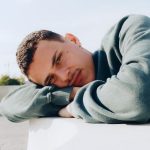 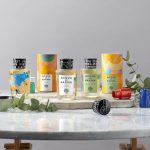 After not releasing any club music for the past two years due to the pandemic, Martin Garrix has been premiering one club ID after the other during his live shows over the last couple of weeks. Today, he’s announcing the release of his first-ever club album, ’Sentio’, which will be out on the 29th of April.

Martin Garrix: ‘’The crazy thing is I’ve never released a Garrix album. During COVID I made zero club music because it felt weird to make festival music when there were no shows. When the shows came back I had so much new, revived energy that I made tons of new club music. We’ve decided to release a lot of the tracks in the coming weeks and bundle them into a club album. I feel like people have collected new energy the past two years, and I can’t describe how amazing it feels to be back on tour and seeing everyone’s reactions to all the new music.”

During his sets at Lollapalooza Chile, Argentina, Brazil, and Ultra Music Festival in Miami, Garrix premiered lots of brand new IDs with fans immediately starting the guessing game of naming the tracks and feature artists. Over the coming weeks, most of these IDs will be revealed one by one. Kicking it off with ‘Follow‘, his highly-anticipated collaboration with longtime friend Zedd last week, the second track of the album, ‘Limitless’, with Mesto is out today.

With their last original collaboration already stemming from 2016, it was about time Martin Garrix and Mesto got back into the studio together to create a new track. Taking us back in time, ‘Limitless’ has a nostalgic feel to it, while still sounding fresh. Premiered during his live shows over the last weekends, ‘Limitless’ had the crowd going crazy accompanied by a visual spectacle.

From next week on, the new album releases will be rolling out on Tuesdays and Fridays for the weeks to come.

‘Sentio‘: to perceive, feel and experience. During the pandemic, everyone’s senses have been tested, but with the world opening up it is time to let these senses work overtime again. This is exactly what Garrix wants to do with the club album and visual accompaniment: reach each and every sense in your body.

With the brand new live show, that’s also going by the name of ‘Sentio’, and the club album slowly being revealed in the next couple of weeks, Garrix is ready to shake up the festival season of ’22.