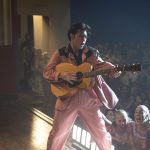 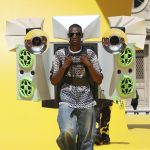 Peruvian Dj/ producer Mario Liberti delights us with an eclectic mix, check it out here !

For those who don’t know, who is Mario Liberti and how do you describe your craft?

Well, Mario Liberti is a Peruvian born and raised DJ/Producer , music lover and vinyl enthusiast, who’s been submerged in electronic music for about 17 years by now.

Before that, I used to listen to a lot of rock from the 70’s , Roots Reggae and Grunge as I was a kid who grew up in the 90’s. All these thanks to my uncles on my mother side who are very musical individuals who exposed me to their musical taste since I was a little kid,

and mostly thanks to my father, who used to be a radio disc jockey back in the 80’s and 90’s in Lima, Peru . He had a huge record collection and as far as i remember, my favorite hobby when i was a kid was get into his record room and just pull out EP’s , check the covers

and whatever used to catch my attention, I’ll keep them on the side and play them after. This is by far my favorite childhood memory and how I realized and discovered music is passion and DJ what i wanted to be in the future.

I describe my craft as a DJ as somebody who really enjoys digging for music everyday and presenting it to the people in a different way, I like to awaken hidden emotions and feelings in people through music, even when it’s something that you have never heard before

or when I play something that brings you memories from the past. To remember is to live and we all want to live more.

Born in Perú and growing up in Miami you recently moved to France to expand your art. What is different about the scene over there and where you are now?

I will say the biggest difference in this part of the world is that the underground electronic music scene is a lot bigger here, you could find parties with different styles of music ranging from Drum & Bass, Psychedelic trance  or Jungle to  Ambient or Hard Techno.

I’m not saying you cannot find parties with this style of music in America but definitely the scene here is bigger.

Another big difference I have noticed, at least in Paris where I live now, is that you don’t really need a big headliner to have a banging packed party. People go out here more for the love of music than for the “names”.

You’re the label owner of Deep In Dis International, a project that varies from breakbeat, electro and minimal music. How is it to be able to lead your own music and artists?

Well, as a record label owner what I enjoy the most is to discover new upcoming talent and present it to the world. Thankfully I think I could say I have done that with a few artists already, who I can consider my friends by now .

For example talents like Noiro, Tom Carruthers, WINK or Mr. & Mrs. Ambiance (Pily & Volen) are great emerging DJs and producers who have released music on Deep In Dis intl. and little by little are blowing up lately with great releases in well known labels and being supported by

great artists in our underground scene.

About the variety of the music styles in DID, I really believe that creativity has no borders and the artists on my label have no boundaries or genres attached. I believe in freedom when it comes to musical expression.

A longtime Miami resident , you’ve played at many Un_Mute (MIA) parties, and recently performed in Barcelona and other places in Europe with them. How do you describe your collaboration with UnMute and what have been the most fun experiences in your recollection of memory?

Well, I’m not sure if you knew this, but I’m one of the first Un_Mute resident DJs alongside my good friend DSAN who is one of the founders of Un_Mute with Benjamin Acero, the head and mastermind behind Un_Mute. I played in the very first party we threw back in 2009 at the now disappeared Electric Pickle, an institution of the underground club scene in Miami. Since then I never stopped playing on a regular basis as a resident, opening for the best DJs coming to town every week.

With that being said, my work with Un_Mute has been nothing short of amazing, leading me to create strong relationships with some of my favorite DJs and producers which is something I’m really thankful for.

Too many great memories to mention but some of the highlights of this journey I’ll say was to be able to be part of the Rapture Festival back in 2017 and 2018 where Benjamin was the artistic and musical director of it. The festival took place in an amazing location in Miami (Virginia Key Park). We had our own Un_Mute stage in front of the beach and we got the cream of the cream playing on it, Zip, RPR Soundsystem (Rhadoo – Raresh – Petre Inspirescu) , Sammy Dee, Ion Ludwig, Cristi Cons, TINi and Dewalta just to name a few.

Another great memory is our recent first Un_Mute european tour, where I had the pleasure to play in Barcelona and at one of the best after parties in Europe at the moment, After Caposile in Venice, Italy.  Dope parties!

Tell us about your new EP!

The one that probably is the most important for me right now is my upcoming release on one of my all time favorite labels, RAWAX.  I’m really proud of coming out on this outlet and very happy with the music overall.

Also, because this EP has led me to be the RAWAX resident DJ for all the upcoming parties in Paris which is amazing.

But I have tons of new music coming out as well on the Piros label from Berlin, Pachinko Records from Australia, Maestropolis from Paris and  Cavilar from my hometown Lima, Perú and a couple of Italian Labels that are not announced yet.

What are you looking forward to the most this summer?

All the gigs that I already mentioned before and also working on the third vinyl reference of Deep In Dis Intl. and lately working on a new project I have which is a white label called TCR. (Top Cat Records)  Where I just released the first EP, you can find it on all the major online record shops,

and now working on the second release already by my good friends Mr. & Mrs. Ambiance. Some of the tracks have already been played at Sunwaves this year.

What is the synthesizer you would never sell or give away and why?

Well, I’m not a big syntheziser guy to be honest, I’m more into drum machines and if I have to pick one it will be my Korg Electribe EMX-1 which offers you synthesis, sequencing and drum programming at the same time! Very versatile, I really love the thick sound the valves in it gives you.

3 tracks that touched your heart during these couple weeks?

More about the artist:

IN CONVERSATION WITH “ELVIS” DIRECTOR AND MAIN STARS