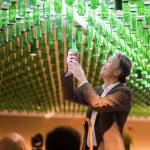 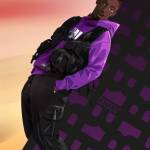 M. Lucky sings of the blessings of being born a millennial on debut album Gentlewoman

The release of Gentlewoman is out now, the debut album by M. Lucky, the alter ego of Amsterdam-based Marcia Savelkoul, a musician who tries to find romance in everyday reality through poetic pop songs. The album includes the previously released singles Champagne Apocalypse and Golden Years. On 14 December, M. presents Lucky Gentlewoman at Cinetol in Amsterdam.

In the debut album’s powerful and tender title lies a desire for equality. Gentlewoman explores themes of male fragility, awareness of privileged life, restlessness, pressure to get even more out of life and the unjustified aimlessness as a result.

Gentlewoman is available to listen to via all streaming services and on sale in record shops from today. On 14 December, she will perform with her band, consisting of members of Weval, Wende Sneijders, Jungle By Night, Personal Trainer & EUT at Cinetol, Amsterdam. She will also give an instore at Concerto on 13 January and will be a support act for Weyes Blood at Paradiso on 6 February.

Since 2004, Marcia has been on stage performing her own work for her bands The Jacks, which released 3 EPs and played around 150 shows (Appelpop, Paaspop Schijndel, UK tour) and Bells of Youth, which released two albums and played around 150 shows (Sziget, Appelpop, Paaspop, Zwarte Cross, EU tour). Since 2020, she has operated under the name M. Lucky, participated in the Popronde in 2020/2021 and was named Indiestad talent by pop temple Paradiso in September 2022.