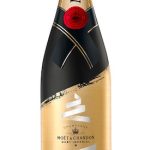 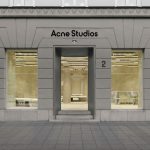 Relatability: the lionisation of accessible or familiar imagery in luxury, employed to invite a sense of inclusivity.

As part of the Spring-Summer 2021 Precollection, Louis Vuittonlaunches LVxNBA, the rst menswear capsule collection in a three-year partnership with the National Basketball Association under the artistic direction of Virgil Abloh. In January 2020,Louis Vuitton revealed the o cial Trophy Travel case for the Larry O’Brien Championship Trophy historically passed down between winners of the NBA Finals. Motivated by the exchange between French craftmanship and American sports, Virgil Abloh created a limited clothing and accessories line uniting the emblems of the two institutions. The collection adapts the designer’s codes with the iconography of the basketball universe, and honours the values of relatability and inclusion key to Virgil Abloh’s vision at Louis Vuitton.

MOËT & CHANDON CELEBRATES THE HOLIDAY SEASON WITH ‘TIE YOUR WISH’