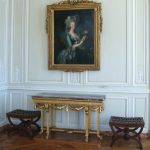 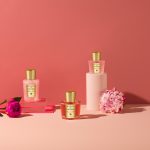 In the 1920s, Gaston-Louis Vuitton wrote, “Let’s make the street a happy place. ” A century later, Louis Vuitton asked artist Luckylefthand to decorate the façade of its Paris headquarters located by the Pont Neuf bridge. The fresco covers 280m2 and is made up of 14 colourful, sleek and playful paintings. With this painting, Louis Vuitton and Luckylefthand want to bring positivity and positive vibes to the Pont Neuf neighbourhood during the current lockdown. Luckylefthand was given carte blanche and used a minimalist, condensed style inspired by 1960s and 70s aesthetics to transport passers-by far away on a trip to the landscapes of Hossegor, his adopted town. With colourful transitions and primitive shapes, the wall painting was created using only acrylic paints and features a number of hands, one of the artist’s cherished symbols. The hands are physically set about a metre and a half apart yet are linked in spirit as a representation of our current mindset.

“I wanted to create this wall painting to o er Parisians a colourful stroll past the 14 windows, evoking a summer holiday while still representing the temporary period we are going through. The hands placed a metre and a half apart is a nod to what we’re currently experiencing. I hope this wall painting’s bright, saturated colours and rainbows made of big, curved lines will bring the positive energy we all need right now,” the artist said about his work.

Steven Burke is a French artist born in 1982. He works in the south-west French town of Hossegor, a place that has inspired him for years. After a 15-year career in the eld of graphic design, he practises his art in search of simplicity of shapes and purity of colours to convey a positive and enthusiastic message. The symbol of the hand is often represented in compositions to suggest humankind in its most universal form. Over time, this symbol has become an invitation to the meditative state, certainly pushed by the beauty of surrounding nature.