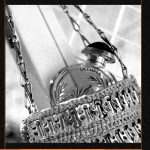 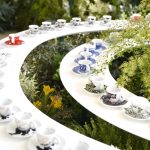 IN CONVERSATION WITH LUCKY DAYE

From the jazz town of New Orleans, escaping the tragedy of hurricane Katrina, creating music in Atlanta, stumbling upon L. A and meeting lifelong friend and music partner D’Mile, to becoming a Grammy winner for best progressive R&B Album “Table For Two”- this is Lucky Daye. He sings, writes songs, and plays guitar – Lucky is expanding his art in the industry, undoubtedly demonstrating his gift to move masses on and off stage. Since his first hit, “Roll Some Mo,” released in 2018, Lucky Daye has gained noticeable attention and has around 612 M streams and 83M views on Youtube. He got nominated for two Grammys in 2021 for the single “How Much Can A Heart Take” ft. Yebba and his “Table For Two” EP. His down-to-earth sensual essence – of eclectic and colourful fashion- and his engaging spirit make it difficult not to fall in love with his voice and presence. An artist unlike any other, he is crafting his style by blending various influences of R&B and Afrofuturism, maintaining and celebrating African culture and history in its entirety. His music is about interpersonal experiences, the ones you witness from living through certain phases of life, where you might feel lost and that no one is present and regaining strength through the language of music. We had a chance to speak to him while he was on tour in San Diego about his new album “Candydrip,” NFTs and visuals, his take on love and sexuality, and his perspective on balance. —

Each song is about a different side of me or a different experience from my life where I try to round everything off with specific expertise. I came up with, I guess, 17 occasions. So it’s like going to Disneyland, and you get different rides like you want to go; it’s still Lucky Daye , but when you go to certain songs, you get different flavors. Hence, the sensory concept of Candy Drip is the taste, and it is the eyes; keep an eye out and open it up a little more. You see more on this than on the person because it was more uncovering. I did this for myself because I needed some confidence or validation work. I thought I was on this earth to do so. But the second one, this kind of album, was for everybody that supported me on my first album and saved my life, enough to make me believe in myself again. It goes from the battles in my head. I’m a leader,  so in terms of sounds, leaders in the songs are different dynamics of a picture. And that’s a part of who I am. And, yeah, it is just, it’s a gift. It’s just an extra; it’s not an emotion. It was just an experience when the first one was a more different emotion.

It would probably look like Adam & Eve in a forest, the beginning and ending simultaneously. I also would depict it like Assam cherry floors, an open tropical place with the first fruit of everything. Cherry represents the beginning of everything for me. I don’t know why, maybe because I compare them to women. Women give birth; you know what I mean? That’s the key to life.

He and I are good friends. I think music brings people and like-minded minds together. Sometimes, when you want to level simultaneously, you run into another person similar to you. You get along with that person even though you don’t know them. We first met in 2011, and I was trying to come to visit L. A where  I’ve never been to. I was working with a producer, and where he worked, there were like nine other producers, but he was the only one that understood my passion. He will allow me to do certain things like harmonies, etc. He will add on top of it.

I left L.A. knowing who my favorite producer was from  the first time I saw him. He then came to Atlanta the following year, 2012 and started working together. Then, once I decided to move to LA, I tried to write a list of all the producers I knew, and it was over 300 producers. There were only two people who I wanted to work with; many people said they wanted to, but nobody would answer the phone when it was time. But the first guy,  who wanted to work with me, started doing songs for the album after he gave me a contract that I didn’t understand. I guess he wanted me to sign my life to his life. And then the last person that I tried was the one. He understood what I was talking about, the industry, and what we could do with his music. I was so excited and self-motivated, and I tried to convince myself that I could do this and share this excitement with him as much as I was trying to psych myself up. I gave him like two songs so he could understand the vision. I didn’t know if he would finish or continue to help because many producers started, but they would never make ends meet. Even though that was my reciprocation, to everything that I ever felt for him as a musician and our relationship. That saved my life. I owe him everything I have as a person who took a chance on me.

Most of what I am inspired by is what I don’t want to do. So I watch people do stuff and focus on wisdom. I guess I’m just a human person who is just looking for signs. I get more information and  mentorship from what I don’t want to do by seeing other people do the right or wrong thing. I take the meat off the bone and move forward. So that sort of energetic feeling could say my spirit’s sensitive because I think I’m an empath. I am a person that wants to do things right since I think I am not only doing this job for myself but for everybody else.

That’s a good question. I think sexuality is being open to physical curiosity, and then developing and blossoming love is something you can’t progress without understanding. Attraction is more selfish, whereas love is selfless. So when you can understand somebody, you know, peace and love in your heart flow.

I’ll probably be working on my fourth album. I think that’ll be different from the one now. The third album, as you know, is more extensive and welcomes artists and producers. I’m expanding my brand all over, just doing different things and using my mind to be creative. I’m sure that music will be the gate key to everything that happens to me in the next few years.

I’m a gambler; I’m always thinking about how to involve myself in that world. For the most part, I’m learning you have to do things first, and then people will be interested in partially owning your piece. I’m trying to figure out how to include this strategy as much as possible. For example, my team and I just did a video that will be translated into a magazine. Visuals are essential because they give you an instinct two worlds colliding into one. Both marry each other perfectly, and I know the visuals play a crucial part. It’s kind of like having a beat with no vocals. It completes the overall experience of the viewer and listener.

Balance means nothing to me. For me, counterbalance means everything. If you look at this game, it’s never decent. If I’m touring all the time, sitting on the bus, I’m going to run four miles or work out because I know I’m not going to be doing anything before that. So I take the polar opposite of everything that has to counterbalance. If I’m all stressed out and need to chill, I read my recent books or read my ideas, listen to my audio that I recorded, and try to make a script or even meditate.

Lucky Daye is wearing clothing from Calvin Klein and necklace by Two Jeys.