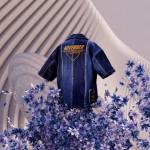 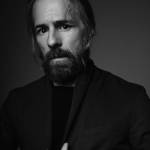 “Something I made to step out of the heady process that is finalizing a debut album as a new writer and even newer vocalist. Freak is the closing summary of a summer spent as a digital diva constantly on the move. Tour life isn’t always sexy, but when it is, it’s something to write home about!” LSDXOXO

Producer, DJ and vocalist LSDXOXO has been busy remixing the likes of Lady Gaga, Shygirl, Pink Pantheress and more. Playing at the most notorious clubs and festivals worldwide as well as running his pleasure-loving Floorgasm events in Berlin and London, while showing a first taste of his live show at Sonar and Scopitone festival. Of course, he’s also been working on his highly anticipated debut album on his own imprint Floorgasm, earlier revealing his tender side on pop-punk singles ‘DRaiN’, and ‘Demons’ featuring Eartheater.

Get ready for the LSDXOXO era!

PRADA ANNOUNCES THE SIXTH DROP IN ITS TIMECAPSULE NFT COLLECTION

IN CONVERSATION WITH TROY MUNDLE