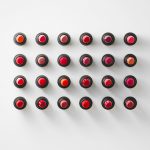 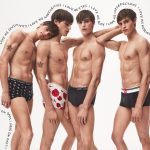 Art Events Lifestyle Music On the Playlist Style Things to do

Lowlands announce the first line-up for 2020

A Campingflight To Lowlands Paradise is exactly what it promises to be: a true backpacker’s Garden Of Eden and Holland’s most adventurous cultural outdoorevent, offering a cutting edge choice of only the best in alternative music, film, stand-up comedy, visual arts, literature and street theatre.

For three days in August, a township with 60,000 inhabitants arises in the middle of the country. The Lowlands festival hosts no less than twelve stages in three large areas (among which a cinema and theatre), about 250 different acts and performances, dozens of restaurants from all corners of the earth, food and drink stalls, a large market with everything from clothes and CD stores to a barber’s shop, sports facilities, a sauna / hottub area, its own currency, a local radio station, a daily newspaper (Dutch only) and, last but not least: seven luxury campsites with hot showers and real, flushable toilets. A Campingflight To Lowlands Paradise really is the ultimate summer holiday extravaganza! This year Lowlands will take place on the 21st, 22nd and 23rd of August.

Though Lowlands covers a wide spectrum of different cultural activities, the main focus still is on alternative music: from rock to pop via hip hop; from metal to electro via world music and hereby not neglecting drum ‘n bass, house and techno.

Admission tickets for Lowlands 2020 are €220 (€10,- Ticketmaster fee included) and tickets are only available through Ticketmaster Netherlands. Access to the regular camping and the use of our shuttle bus service is always included in the price of a ticket.